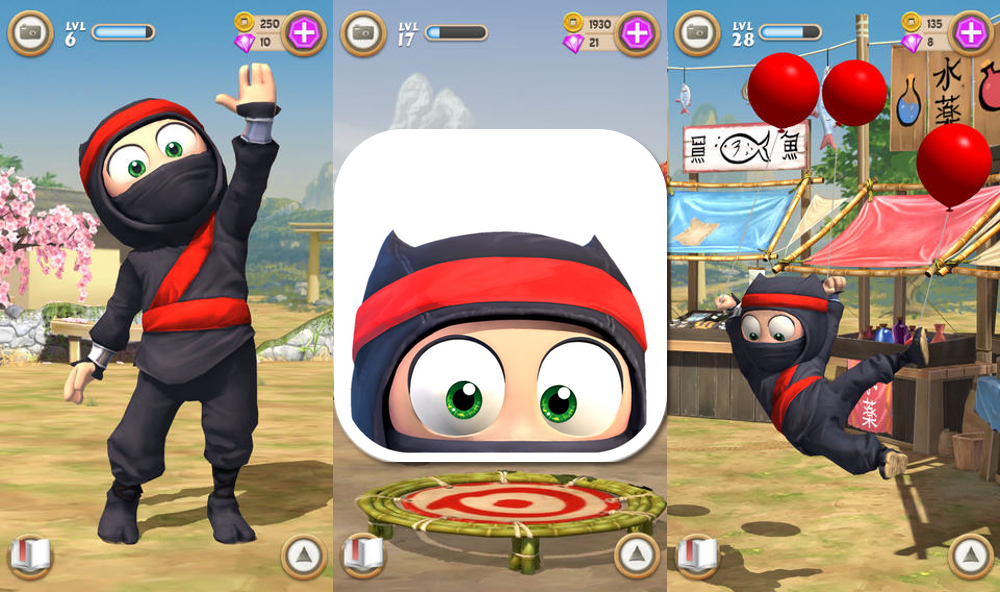 In a strange twist, a year and a half after it showed up on stage at the iPhone 5 media event, Clumsy Ninja is finally making an appearance on the App Store. If you can’t remember what the game was about, don’t fret, neither could we, and we do this for a living.

The game essentially lets you take control of a kid in training to be a ninja, giving you the ability to get him you run through the paces to become a full-fledged ninja.

The app includes more than 70 unique items, including options like trampolines and punching bags. There are also several different locations to explore, characters to meet, games to play, and quests to complete.

Ninjas can be customized with suits, belts, and headbands, and photos can be shared with friends. According to the developers, Clumsy Ninja uses a special simulation technology that is designed to provide ultra realistic movements and interactions.

It’s curious that the game — which is being called a “virtual friend” — was released a day after Hatch hit the blog circuit to much fanfare.  The game is a free universal application, but it also has in-app purchases, so… there’s that.