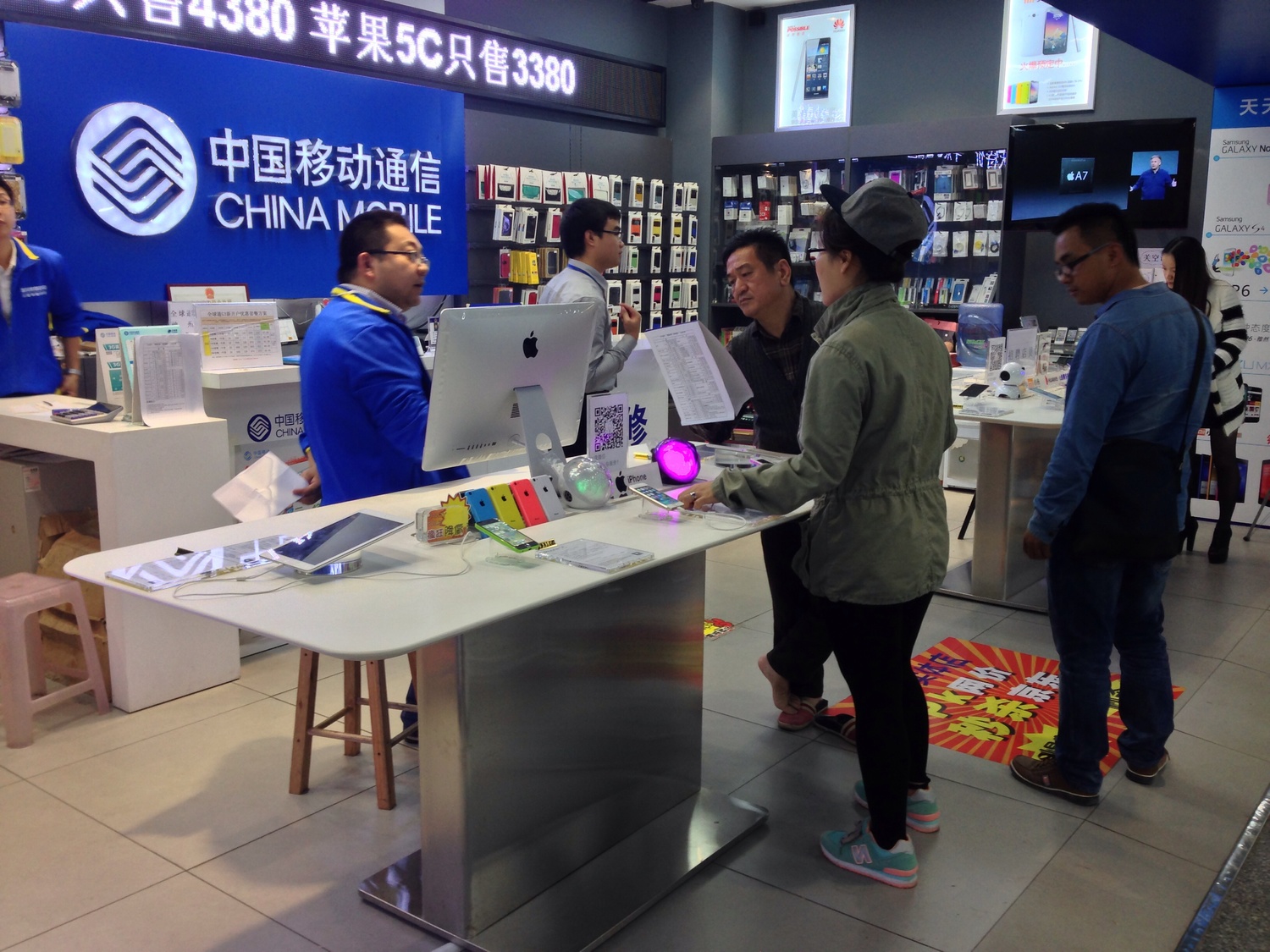 China Mobile has started advertising the iPhone 5S in some of its retail stores. PRC And Me, a personal blog, reported that China Mobile stores have iPhone advertisements all over the place, and even have physical iPads and iPhones on display.

The store photographs were snapped in is located in Link City in Shenzhen’s Futian district. According to the posters on the wall, the iPhone 5S and 5C will be offered at “discount pricing” of $723 and $558. The blogger who posted all of this information also noted that a TV in the back of the store was displaying a video of Phil Schiller announcing Apple’s A7 chip while he was taking pictures.

China Mobile and Apple reached an agreement earlier this week to offer the iPhone on its network, and the company even started to accept iPhone pre-orders on Thursday. This deal is huge for Apple as China Mobile is the world’s largest mobile phone carrier with 740 million customers.

Apple’s phones are expected to launch on December 18th when China Mobile’s 4G LTE network goes live in the country.