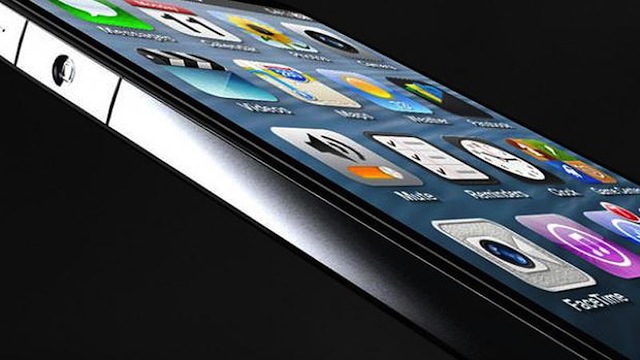 iPhones and iPods and iPads, oh my! The latest rumor has it that Apple will launch the iPhone 6, complete with larger screen, in June 2014, according to Jefferies analyst Peter Misek.

This might seem really far away, especially considering Apple still has yet to launch the iPhone 5S, but Misek explains the reason for the wait is because of the time needed by Apple to transition the device’s display technology. There’s no mention of the “delays” being caused by a drastic overhaul of iOS 7.

During Apple’s latest earning call, CEO Tim Cook was pretty ambiguous about Apple’s interest in even making a larger screened iPhone. He didn’t completely shoot down the possibility of one, but said Apple wouldn’t launch an iPhone with a larger screen until the current tradeoffs of a larger screen can be solved.

Misek also said that the Apple’s supply chain is ready to produce the iPhone 5S and transitioning to the iPhone 6 will take at least two or three quarters. There’s the rub. Apparently, according to Misek, we’re back on the two new iPhones in one year territory again.

As for the iPhone 5S, he predicts that it will come in different color options, have a faster processor and a better camera. Misek also believes that the iPhone 5S will have a fingerprint sensor near the Home button.

We’re not sold on any of this…