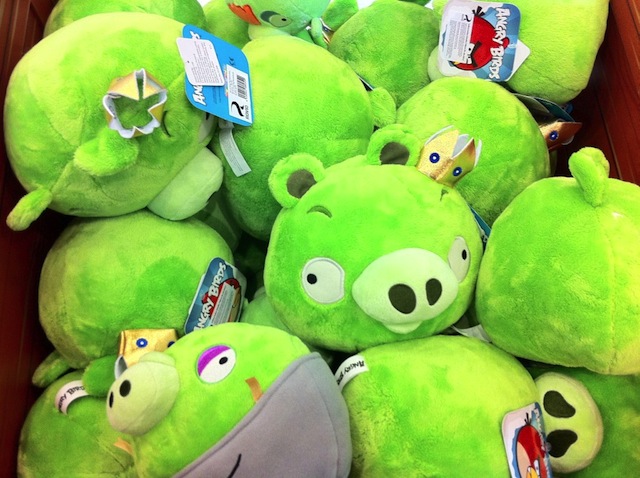 Great news for people who love Rovio games but aren’t willing to buy them (you know who you are you cheap asses…) Rovio’s Bad Piggies has been named Apple’s “App of the Week,” which means you can download both the iPhone version and the iPad version of the game for free for the next week.

If you haven’t played it before, it offers an interesting change-up from the Angry Birds games. You’ll still see the pigs, but this time you’ll be helping them catch the eggs by building the ultimate flying machine.

Since its release, Bad Piggies has been pretty popular. It only took three hours for the game to reach the top of the U.S. App Store and it currently holds a 4.5 stars rating that is based on more than 20,000 ratings.

You can download the iPad version and the iPhone version of Bad Biggies from the App Store now for free, but don’t forget it’s a limited time offer.