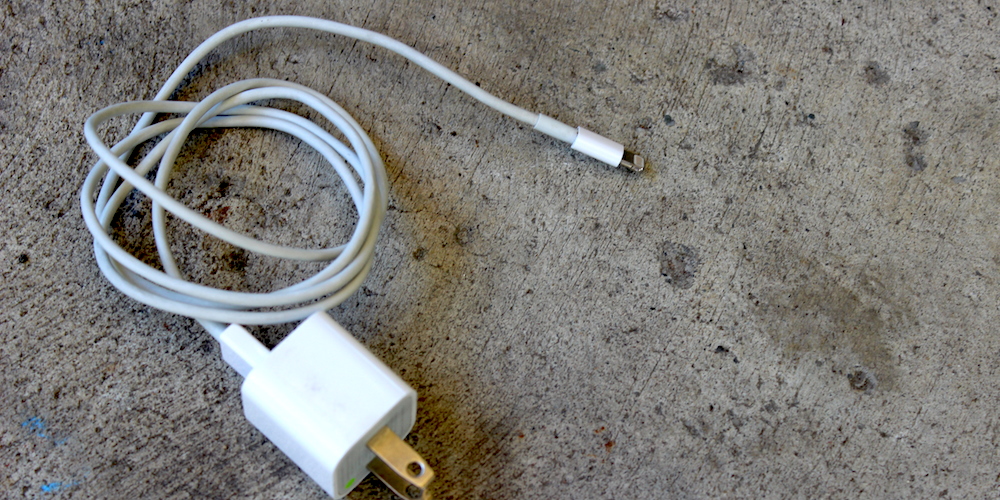 The answer: Not necessarily.

Earlier today, in a piece on The Wire entitled Your Guide to Replacing the Infuriating Apple Lightning Cord (via Dan Frakes), Polly Mosendz alleges that  “It’s no secret that the Apple lightning cable is one of the worst chargers ever made,” and cites a cadre of negative reviews on Apple’s online store, hundreds of thousands of Google search results, and a long list of support forum discussions to back up the assertion.

What does this prove? Maybe there’s a problem. But then again, maybe there isn’t.

It’s all anecdotal. I purchased an iPhone 5C back when it first cam out in late September, and I haven’t had a single problem with the Lightning cable that came with my phone. That’s well and good, but that doesn’t mean that others will share this same experience with me. And that’s the issue with anecdotal evidence: While it shouldn’t be dismissed entirely, One person’s experience with a product shouldn’t be considered an absolute truth.

Take a closer look at some of the results that Mosendz links to, and you’ll see results such as Apple Still Has A Problem With Lightning Cables, which is more a complaint about the high price of Apple’s cables and crappy quality of many third party knockoffs than it is about Apple’s cables being defective. That same Google search also pulls up a ZDNet story that extolls the virtues of the Lightning cable.

The same goes with the Apple Support forum search that Mosendz links to. Sure, there are plenty of users complaining about how their iPhone won’t charge (and there are multiple reasons for that), but the results also include the likes of “Can I cancel the newest ios7 update for my 5c?,”  “Notification Center,” and “My iPhone 5 turn off then turn on like restart,” all of which seem to have little to do with a Lightning cable gone bad.

Now, all this doesn’t mean that there isn’t a wider problem here, but given the above points, it might be a little disingenuous to rank the Lightning cable as one of the worst cables of all time.

Have you had a problem with your Lightning cable? Or has it worked fine for you? Tweet us @macgasm and share your experience.