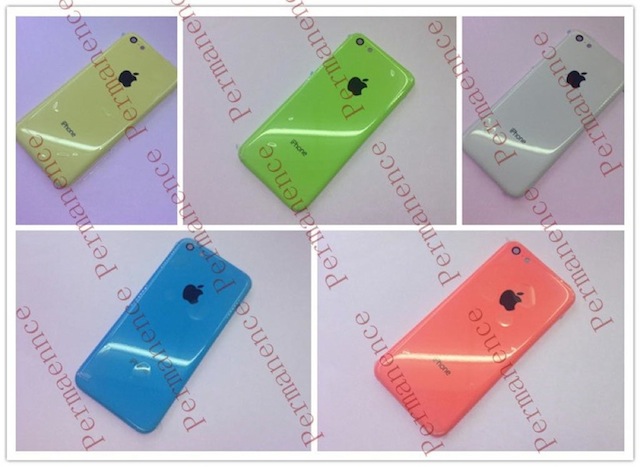 Over the past week or so different images have popped up on online displaying what looks to be the rumored budget iPhone. All of the photos have shown the alleged device in an array of different colors, and today’s image is no different. The image comes from an image that was posted on Twitter by iOS developer Sonny Dickson, showing the iPhone in white, green, red, yellow and blue.

According to numerous reports, the budget iPhone will launch alongside the iPhone 5S, which is expected to look at lot like the current iPhone 5 but with better guts. The budget iPhone, on the other hand, is sounding to be quite different. It’s expected to feature the same 4-inch screen as the iPhone 5, but with more rounded edges and a plastic shell. Unlike previous models, the budget iPhone will come in more than just black and white and will actually be quite colorful by the looks of all the recent images.

At this point, it’s anyone’s guess what Apple will actually release come the fall, but these images are definitely seeming pretty accurate.