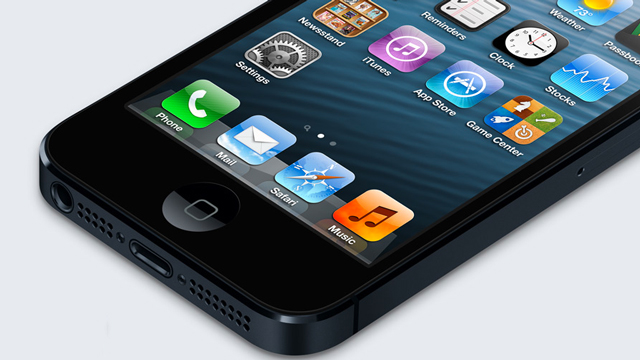 New reports are indicating that Apple might really have a few new phones up its sleeve for 2013. According to the reports, Apple could be working on releasing two new iPhone models at some point this year: the iPhone 5S and an even bigger iPhone. Just like they were going to do the last time, and the time before that, and the time before that… oh, wait. Yeah.

The two models that Apple is rumored to be working on include the previously rumored iPhone 5S, which would be similar to the iPhone 5, and a new 5-inch iPhone model that is said to be lighter and thinner.

With rival companies like Samsung producing larger phones, like the Galaxy Note, there has been increasing speculation that Apple is planning to go even bigger with a new iPhone model. Apple has already increased the size of the iPhone screen with the iPhone 5, moving from 3.5 inches to 4 inches. So logically an iPhone with a five-inch screen, six-inch screen, and seven-inch screen are just a formality at this point.

Apple has also been rumored to launch an iPhone with a bigger 5-inch display but keeping the same 640-by-1,136 pixel resolution as the current iPhone 5 screen. Stretching the pixels out to a 5-inch display would give a lower pixel density of 264-per-inch, but developers would still be able to create applications for one screen resolution.

As usual, this is all speculation at this point, but it will be interesting to see what Apple decides to launch later this year. Our money is the same launch as every other year though, so don’t hold your breath.