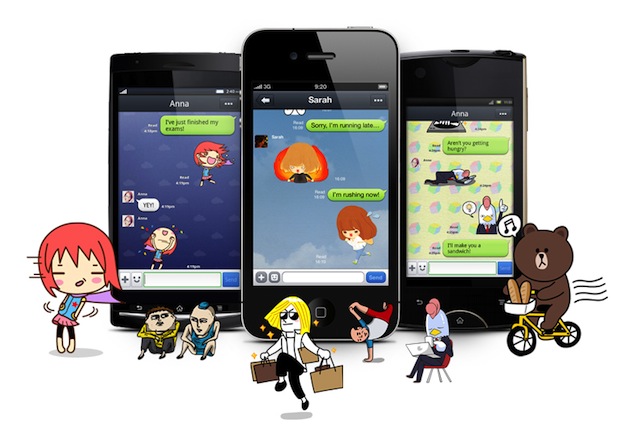 The good news is that messaging app Line recently announced that it has passed 150 million users and Q1 2013 revenue of $58 million. The bad news is that today Apple has put an end to the feature that lets iPhone users purchase stickers to gift to friends. This feature alone earned Line $17 million during the first quarter.

According to Line’s blog, the company received a direct request from Apple asking for the sticker gifting function to be removed from the app.

Users will no longer be able to send stickers to others through iOS devices. The stickers were selling for $1.49-$1.99 per pack. This also puts an end to being able to buy Line Coins which were needed to use the gifting function. Gifting is still available on the Android version, and other versions of Line, and iOS users can still receive gifts from friends that use other platforms not part of iOS.

A huge portion of Line’s revenue came from these types of purchases. 30% of its revenue, or $17 million, came from sticker purchases during the past three months.