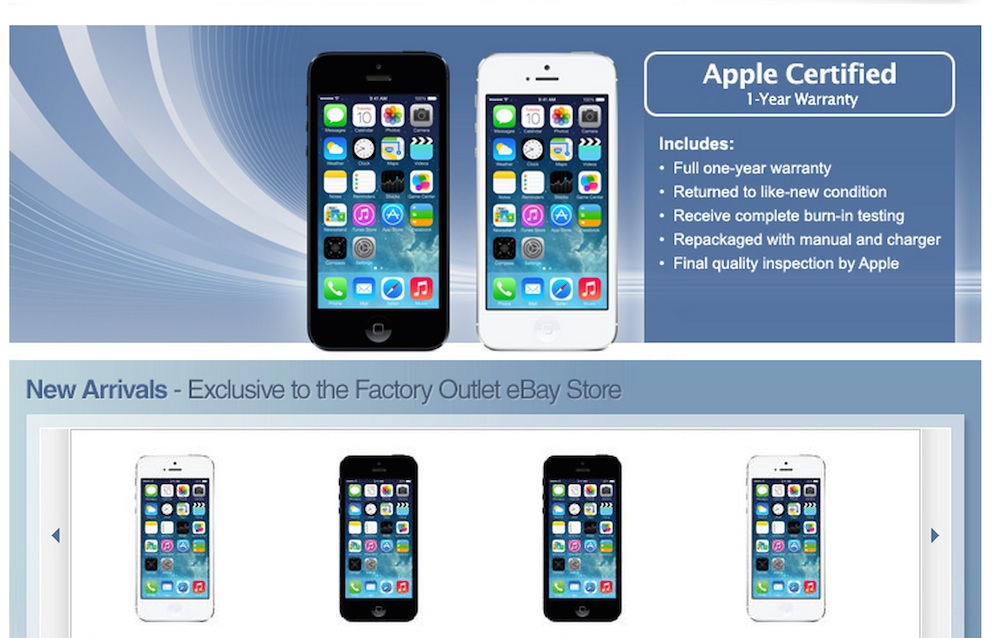 Apple has launched its second secret eBay store, dubbed the “Factory Outlet eBay Store”, solely offering refurbished unlocked iPhone 5 models starting at $449.00. All iPhones sold through the unbranded store include a standard one-year AppleCare warranty, have been “returned to like-new condition”, and have received a “final quality inspection by Apple”.

16GB, 32GB, and 64GB iterations of the device are available on the eBay store for $449, $479, and $499 respectively. As of now, both black and white models of each iPhone are in-stock and available for order.

In March of last year, Apple launched its first eBay store, offering MacBooks, iPods, and iPads at up to $100 cheaper than its own refurbished store. This store offered the same warranty and inspection as today’s store, though it closed in late-2013 right before the iPad Air and iPad mini with Retina Display were released.