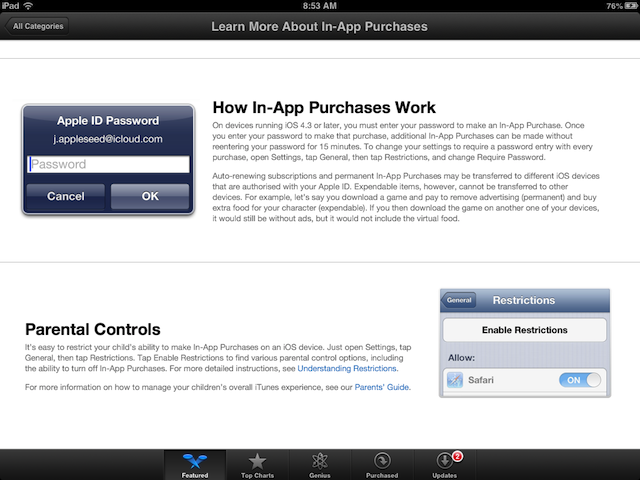 This featured guide can be found just underneath the What’s Hot section on the App Store. In-app purchases have become a major thorn in a few parents’ side lately. They can be especially problematic when you don’t really know what they are or how they work.

In January, a five-year-old boy unknowingly spent $2,550 on iTunes in just ten minutes after buying content within a game on the iPad. Apple chose to give this family a full refund. Not long after, a British policeman reported his thirteen-year-old son to try and reclaim the $5,620 iTunes bill he received after his son spent it on more than 300 in-app purchases in an iOS game.

Apple is looking to prevent more situations like this from happening by education users and parents about in-app purchases. The final section of the guide looks at parental controls and how parents can restrict their child’s ability to make in-app purchases on an iOS device.