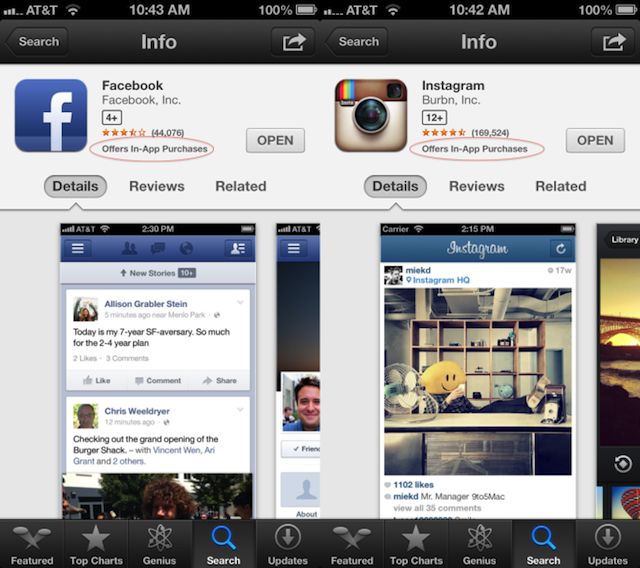 The bug was first discovered by David Smith, who took to his Twitter account to see if anyone else was noticing the same bug. He noted a weather app, “Check the Weather,” was featuring the same misleading badge.

The issue can be seen in the App Store right on an iOS device, as well as through the iTunes application on computers.

The bug might have been caused when Apple made changes to the App Store last week by adding age ratings more obvious for apps and adding the “Offers In-App Purchase” warnings in response to recent lawsuits by parents of kids who accidentally spent a large sum of money on in-app purchases. Hopefully the issue is resolved soon.