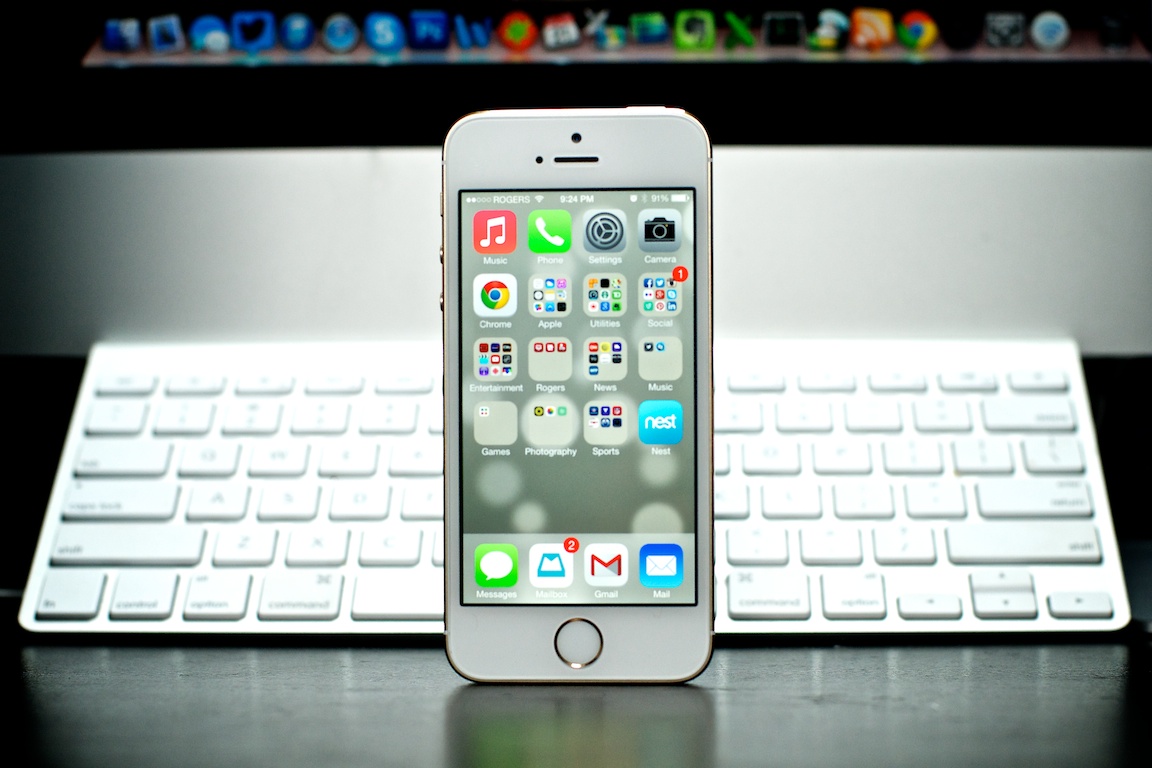 I’m one of those people, the mindless fanboys who buy the newest iPhone every year. The decision isn’t as mindless as it sounds, once you’ve decided that you like the iOS ecosystem, it’s gonna take a huge leap in functionality, style and performance to consider jumping ship. Android is right up there, neck-and-neck, but that’s not enough to break with tradition.

The cost is actually not that prohibitive. iPhones are still the overwhelming leader in resale value, meaning that a year-old iPhone in great condition can easily fetch $400-500 if you have the patience to sell it yourself. This means that whether you’re paying early upgrade fees, or going off contract, your upgrade cost is pretty much the same as anyone else buying for the first time. Besides, it seems to me that $200 once a year for a device that acts as your phone, messaging device, camera, GPS, dictionary, games console, agenda, notebook and dozens of others, is pretty damn good value.

I decided to go off contract for the first time, which came with it a social bonus when I went to buy my iPhone 5s on launch day. I strode into the mall and, upon arriving at the Apple Store about 30 minutes after opening, I was whisked to the front of the line because I was buying a factory unlocked phone. With no carrier upgrade fees to navigate or SIM card to activate, I was in and out with my new space grey iPhone 5s in less than 10 minutes.

So now that your know the origin story, what’s the phone actually like after a month of use? New hotness.

The iPhone 5 was already the best smartphone on the market, so the 5s already had a very solid base with which to build off of. That said, the major hardware improvements of the iPhone 5s are all significantly impactful in day-to-day use. The upgrades to the processor, camera, and the addition of Touch ID, are enough to make the world’s best smartphone an absolute no-brainer. As someone who was running the iOS7 beta on an iPhone 5, the first thing you notice is how silky smooth the iPhone 5s is as all the animations and advanced effects, such as the dynamic blur, are rendered with ease. This makes the experience of iOS7 mesh well with the experience of weightless motion that iPhone users are used to. As someone who used a Nexus 4 as an alternate device for several months, the one thing that Android still can’t match is the responsiveness of the OS and touch interactions. Anecdotally, iOS users knew this to be true for years, but now there is imperial proof. This is all most certainly due to the recently strengthened “Steve Jobs patents” from the original iPhone that have given Apple a massive advantage in touch interfaces from day one. The iPhone 5s, despite running a much more complex OS, still maintains that great 1:1 feel of an iPhone, where things react instantly to your touch with no perceivable lag or stuttering.

The performance gains even apply to crashes. As with any new OS running on a new architecture, iOS7 is a little crashy on my iPhone 5s, not annoyingly so, but noticeably so. That said, after a crash, the iPhone 5s reboots so fast it’s hard to stay mad. From crash to restart the whole process is easily under a minute. This same speed is beneficial whenever you need to hard reset your phone or if for some bizarre reason you want to turn it off. Bottom line, the iPhone is fast, really freakin’ fast, and Android fans who love to spout benchmarks and tech specs should be aware that although iPhone’s aren’t defined by such things, the iPhone 5s absolutely destroys other smartphones on the market.

One of the reasons I justify yearly iPhone upgrades is because, as a dad with two young daughters, my iPhone is my primary camera. I have a Canon 60D SLR with a speedlight and multiple lenses, but it barely sees any use because I find it too unwieldy to lug along with me. That makes my iPhone a critical tool for capturing those amazing, impromptu moments that won’t wait for a camera to boot up. The camera is ready to go almost instantaneously once you launch it from the lock screen, something that is essential when when trying to capture your daughter doing something ridiculously cute when she’s prone to clamming up once she notices a camera. The shutter on the iPhone 5s is noticeably more responsive, great for wiggly kids and sports photography. The new burst mode is a godsend as now you can just let’er rip and throw away all but the best shot with one action.

The new True Tone flash has seen limited use, mostly because I don’t go out clubbing much anymore and therefore don’t really find myself in low light situations all that much. That said, although I used to have my flash set permanently off, I now leave it on auto so as to get the benefit in moderately lit situations. The funny thing is, the new larger sensor actually makes the auto flash fire even less frequently, but when it does fire it results in images with noticeably less glare. Generally I prefer to brighten up my images after the fact with Flickr, but the new flash does the job very well. I was one of the majority of iPhone users that didn’t use a passcode. I knew I should have one, but the hassle of entering it dozens of times a day was just too much for my lazy ass to handle. Touch ID has validated my laziness. The most difficult part of setting up Touch ID is figuring out which fingers to scan. You have to think about the actual use cases for when you access you device: when it’s in your hand already, when it’s sitting on a table, etc. The one I didn’t think of was when your hands are covered in raw chicken and you need to use your pinky to turn on your phone. I’d appreciate being able to scan more than five fingers, but I see why limiting it is valuable.

Ninety percent of the time Touch ID works flawlessly, instantly, making the extra level of security nearly imperceptible. However, in my experience the failure rate is about ten percent, which in day-to-day use is too high. Usually the failures happen when I am scanning my finger at an odd angle, which while understandable, is still annoying. If you’re comparing it to the time and hassle of entering a passcode, then even with the failures you’re still saving time overall. However, if you’re used to having no passcode, and getting instant access to your device, those failures are noticable. Of course the massive gain in security is well worth the occasional hiccup, but I’m hoping Apple tweaks whatever algorithm Touch ID uses to get that failure rate down further. If you’re expecting Touch ID to make your device safe for nuclear launch codes then you’re massively misunderstanding what consumer-grade security is about. Kinda like someone who worries about a fake finger hacking their phone. The bottom line here is that even with it’s foibles, Apple has brought consumer-grade security to another level and once they work out the kinks will have a secure platform upon which to build.

The iPhone 5s update that has gone under the radar the most is the addition of the M7 motion coprocessor. Because it relies on third-party apps to be developed to show its value, it’s hard to really say much about it in real world testing. I have used it moderately with Azumio’s Argus motion and fitness tracker. I wear a Jawbone UP band as my health tracker, but Argus is a great option if you don’t want to buy a separate device. Of course the downside if that you can’t really carry your iPhone with you all the time, whereas you can wear you fitness band. Argus uses the M7 to track your motion even when the app isn’t running. If you launch Argus after not having used it for a while, it will download all the data the M7 collected for it while it wasn’t running and be completely up-to-date in seconds. I haven’t tested its accuracy in step-tracking vs. my UP, but it seems to be pretty good. Generally speaking, even if the numbers are off a little bit, all you’re really looking for is a sense of how active you were and the numbers don’t have to be exact to let you know whether or not you’re lazy.

What’s really exciting about the M7 is it’s potential, it’s one of those things, like iOS7 itself, that is really going to see it’s value once developers get their hands on them. The most intriguing possibility is how the M7 fits into Apple’s rumored “wearable” efforts. If a low power, motion tracking chip like the M7 doesn’t eventually end up in the fabled iWatch I’ll be shocked.

My previous iPhone was white, my first non-black one ever, as I had heard about the scratching problems on the black version and decided to stay away. This time I went with the space grey version and have noticed no scratches whatsoever even though my iPhone, as always, goes au naturel. Space grey looks great and the elevated ring around the Touch ID home button adds a nice touch. However, let’s light a candle for the departed rounded square icon on the home button, which has been around since the original iPhone. The one disadvantage of no longer having the icon it that fingerprints, ironically, show up more.

As before, the iPhone feels great in the hand, light but solid, and although it’s easy to get jaded about the fact that the form factor didn’t change, it’s hard to argue with what works. There are many Android phones that get one or two things better than the iPhone, but nothing that puts the whole package together to seriously rival it as the best smartphone for most people. That’s not to say there aren’t cases where it makes sense to go with a different phone, but those are largely exceptions to the rule for most consumers.

One conclusion I have reached, however, is that it’s finally time for a larger screen size. Bigger screens are pretty much the only major advantage any decent Android phone has over the iPhone. I understand why Apple has hesitated, they value user experience more than most, and wouldn’t just make a bigger screen unless the experience could be maintained. My guess is with the new 64-bit A7, and the inevitably faster processor in 2014, they will finally be able to take away the last major advantage of Android devices. That said, a larger screen, in 2013, just isn’t worth the tradeoffs in an inferior Android user experience and ecosystem. This makes the iPhone 5s, despite being an incremental upgrade, a smart purchase for iPhone 5 owners, and a no-brainer for anyone still running and older iOS or Android device.