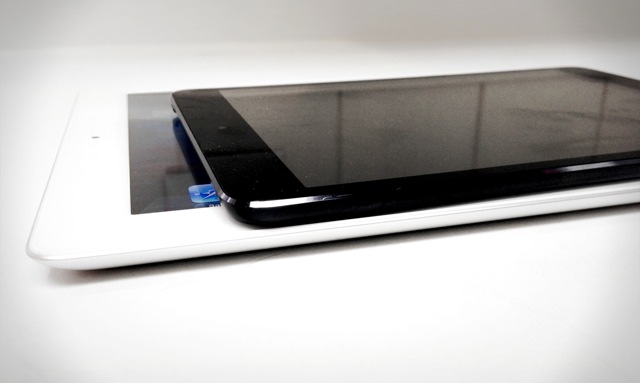 United States Patent and Trademark Office (USPTO) denied Apple’s application to trademark the “iPad mini” name, but  it looks like it has withdrawn its initial rejection of the “iPad Mini” trademark application and will likely grant Apple full rights to the name.

The USPTO initially rejected the trademark application for two reasons: first, it saw the “iPad mini” name as more descriptive of the product than a unique name; the second reason was related to Apple’s use of the iPad mini overview page, which was “not acceptable to show trademark use as a display associated with the goods.”

It was thought that Apple would have to make some amendments to its trademark application to show that the “iPad mini” term was just an extension of the “iPad” trademark, but it looks like the USPTO has changed its mind all by itself and has withdrawn both of its original objections to Apple’s trademark request.

The Trademark Act Section 2(e)(1) descriptiveness refusal and the Sections 1 and 45 specimen refusal are both withdrawn.

While this is definitely good news for Apple, it doesn’t necessarily mean that it is guaranteed its iPad mini trademark. The USPTO will still need to double-check to see if any other companies have filed for the “mini” trademark with their own products. The USPTO is also requiring that Apple amend its application to include a disclaimer that says the “mini” trademark can only be applied if it’s used as part of the “iPad mini” name, which is to let companies in the future use the term “mini” for their own product names.”