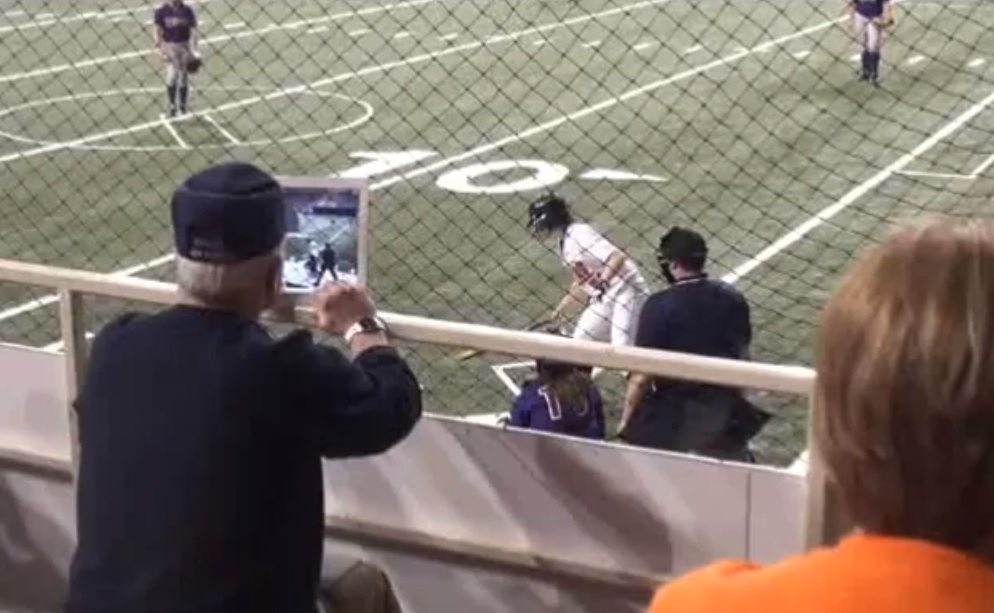 Everyone laughs at the folk that use their iPads as cameras. It just looks so silly to hold up such a massive device with such a mediocre camera, especially when we almost all have iPhones in our pockets as well.

Everyone that is except for this one iPad wielding photographer, who has gotten the last laugh after his camera of choice saved him from a guaranteed trip to the hospital. While using his iPad to photograph a kids softball game, a foul ball popped back and started to sail straight for his face.

Fortunately, the iPad took the impact of the ball and the elderly man was unharmed. Not only that, but the iPad continued to function and the man went straight back to snapping pictures of the game like nothing happened.

Personally, I would gladly take a softball to the face before using the iPad’s camera like that in public.