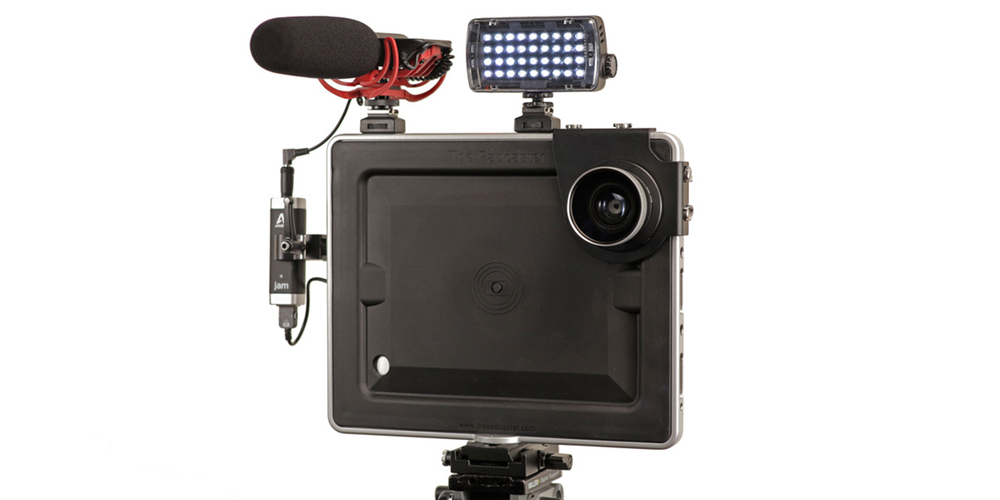 It is all too easy to poke fun at people who record video with their iPads. I’m not sure if the Padcaster Mini would make tablet videographers any less open to ridicule, though.

Currently in Kickstarter mode, the Padcaster Mini is a shrunken-down version of the original Padcaster, a frame that lets you mount your iPad to a tripod and attach add-ons like a microphone or spotlight.

Since the Padcaster is really just an iPad-sized frame with various months, you aren’t limited to using it to shoot video. For example, Padcaster Mini’s makers suggest using it to turn your iPad into a teleprompter by mounting it in portrait orientation and pointing the screen toward the person on camera.. If you want, you can even use the Padcaster Mini with your DSLR to hold your lights, microphones, or other accessories.

The Padcaster Mini may not keep people from laughing at you: In fact, it might get you even more confused stares. Still, if you shoot lots of video with your iPad, you might find it worth a look. You can get in early on the Padcaster Mini by pledging to its Kickstarter project: A pledge of $99 or more nets you one of the first Padcaster Minis to come off the production line. Even though the Kickstarter project has hit its $15,000 goal, you still have 12 days as of this writing to contribute.