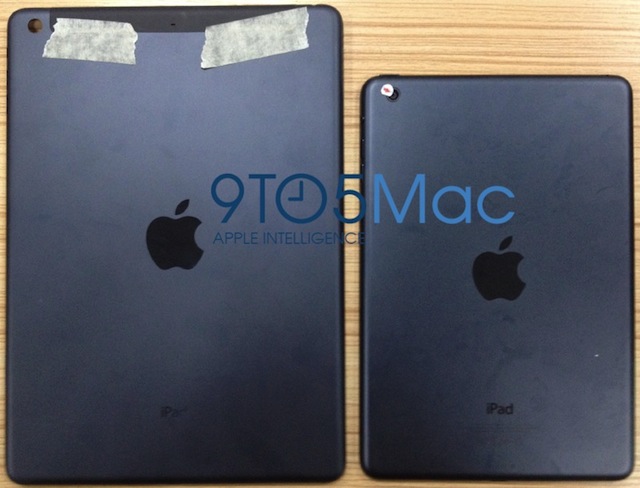 The folks at 9to5mac have just posted a set of unconfirmed images of the iPad 5’s rear shell. The part looks to be very similar to that of the iPad mini with chamfered edges, pill shaped volume buttons and a thinner bezel around the screen. The color scheme also looks to have changed as the Black and Slate color has been used in these leaked parts. Apple currently uses this color as well as the White and Silver scheme in the iPad mini and iPhone 5. In the past, iPad purchasers were able to choose the color of their iPad’s glass, though the rear of the device was silver regardless.

This isn’t the first time we’ve seen reports of an iPad mini-styled full-sized iPad. Last week iLounge reported that the iPad 5 will look like an iPad mini and will feature a full internal redesign. The publication also stated that the iPad 5 will indeed be powered by a lower-powered version of the Apple A6X chip. iLounge is basing this information off of a mockup of the iPad 5, which is reported to resemble the real thing. The photo they posted of the mockup looks to be identical to the one posted by 9to5mac.

It looks like it’s iPhone/iPad rumor season. Get your B.S. detector ready. Things could get pretty interesting over the next couple of months.