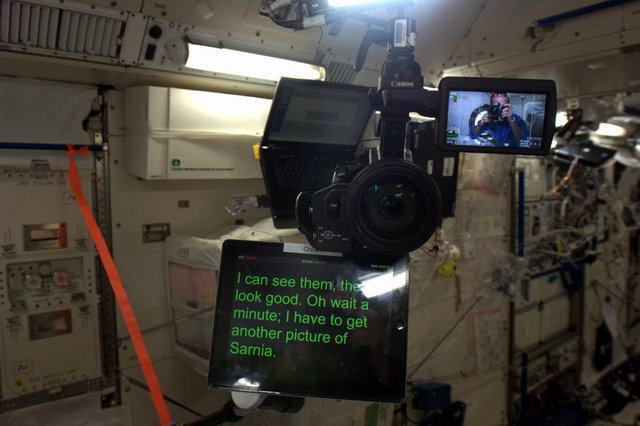 The iPad isn’t only the most popular tablet on Earth, it’s also the number one pick for space explorers everywhere. Chris Hadfield, the Canadian astronaut who has been tweeting his experiences from space in the International Space Station, has had Apple’s iPad with him to keep him company.

Hadfield has loaded thousands of songs onto the tablet with some of his favorites including Fly By Night by Rush, Hallelujah by Leonard Cohen and If You Could Read My Mind by Gordon Lightfoot. That’s right, astronauts are cool enough to use iPads as their main music player. Hadfield also uses the tablet as a teleprompter for when he’s recording videos or is being interviewed live on national TV.

While Hadfield might occasionally use his iPad for these innocent tasks, we all know what he’s REALLY doing up there with that iPad.