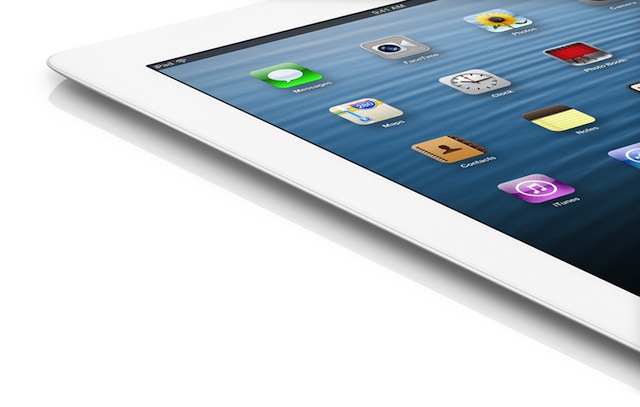 According to Paul Semenza of NPD DisplaySearch, “It’s likely that part of the thinner/lighter design will be reducing the size of the LED backlight, partly by making the display more efficient and partly by using more efficient LEDs.”

He expects other modifications to reduce thickness as well, including a shift to a film-based touch sensor. It’s still not clear if Apple will change the display technology though, such as by using IGZO (indium gallium zinc oxide).

IGZO technology has been pursued by Sharp and it was actually thought that it would be used in the third-generation Retina iPad, but it wasn’t. Sharp’s IGZO technology is used in smaller devices sold in the Japanese market.

Compared to the second-generation iPad, the third- and fourth-generation models gained some weight and thickness, mostly because of the technologies that supported the Retina display.