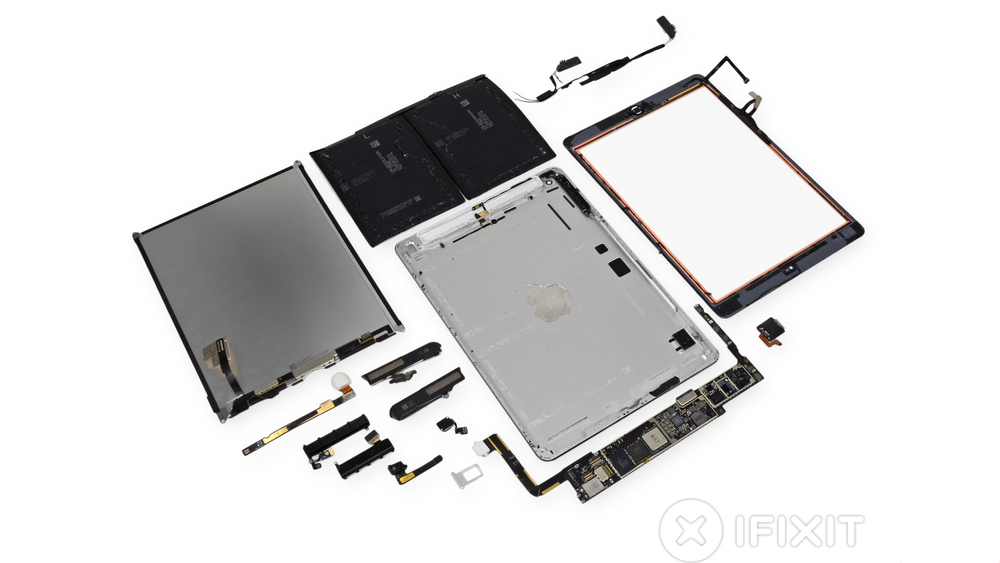 It’s finally on sale, and it’s finally getting ripped apart by the mad scientists at iFixit. The iPad Air is currently having its innards torn out and displayed on the Internet for posterity. What’s so exciting about the iPad Air? A few things (A7 chip, 1GB of RAM, and 32.9 WHr battery), but nothing really compares to the running commentary of iFixit’s teardown notes.

“Double, double, boil and brew, with a witch’s cackle we remove that screw.”
“What is this devilry? The battery is pinned by some form of dark magic—or maybe a stray screw? Stateside, we get this one, last coherent message before strings of expletives: [7:29:22] Walter Galan: It’s the worst battery ever.”

Basically, if you’re into checking out the innards of your tech and saving the time you’d waste trying to do it yourself, you should check out iFixit’s teardown. The short of it all is that it’s a pain in the ass to repair and there’s “gobs and gobs of glue” holding everything together. You should probably stop trying to be a repair hero and take your iPad Air to the Genius Bar if you need assistance. You probably need assistance.