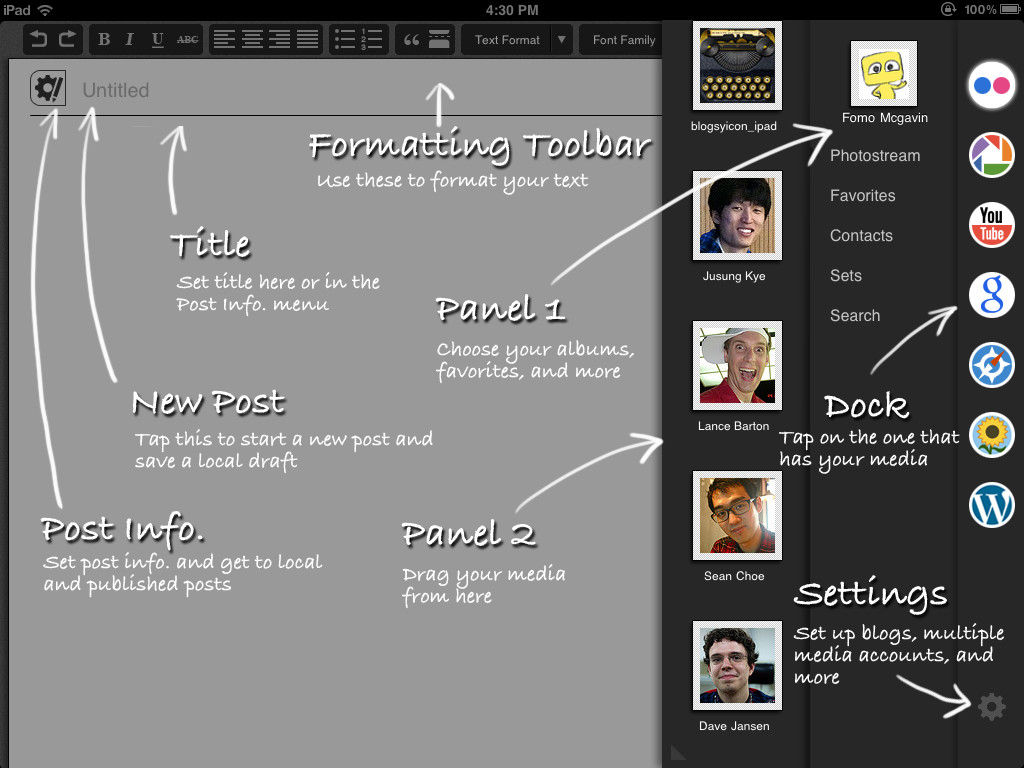 For those that don’t know, Blogsy is a popular blogging app for your iPad that makes full use of your device’s touch functionalities. Today, Blogsy has gotten a new update that adds a whole slew of new features, as well as plenty of bug fixes and overall improvements to the app.

Here’s a list of the new features that Satyr brings to Blogsy:

The iTunes release notes are pretty lengthy, including full lists of what has changed with Satyr and what bugs have been fixed. There have been quite a few changes, including user interface changes, a moved button for the upload option, moved local drafts, better Vimeo support, changed search bar styles, and a whole lot more.

Bugs that have been fixed with Satyr include the link crash, freezing problems, WordPress tag refresh, invalid HTML crash, and a flickering bug.

Head over to the App Store to see what else Satyr brings to Blogsy. You can get the app for $4.99 and start blogging easily right from your iPad.