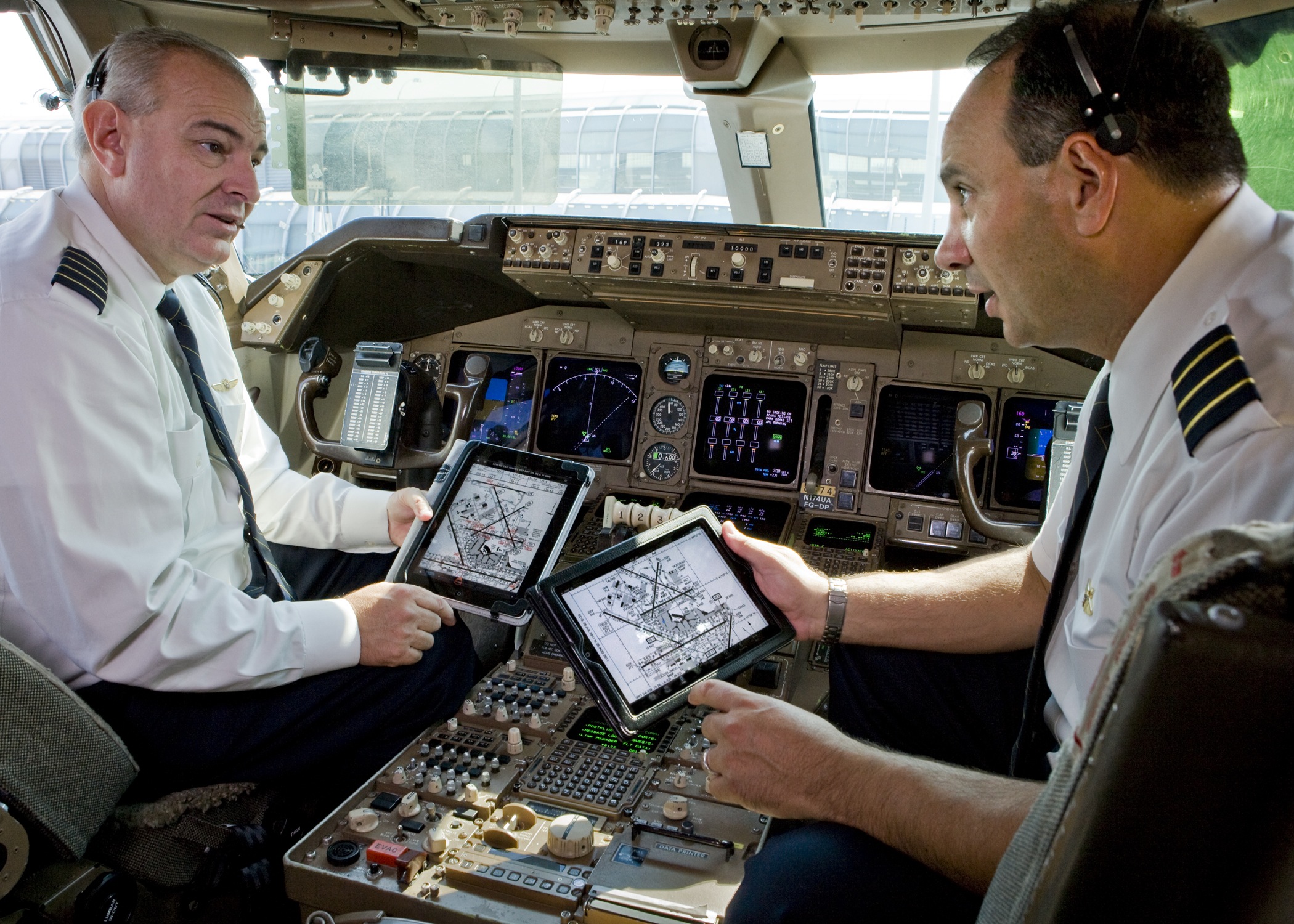 American Airlines announced yesterday that it will be making iPads available to all its pilots, in an attempt to improve productivity and to decrease injury and cost. The iPads will replace the 40 pound flight bags that each pilot is currently required to have on his/her flight.

The 40 pound bags contain over 3,000 pages of charts and manuals that pilots must occasionally reference. American Airlines will now transfer all of this information over to an iPad app that its pilots will be able to access, dropping the information’s weight from 40 pounds of paper to a mere 1.44 pounds of digital information.

Certain pilots have already been using iPads since American Airlines began selectively distributing them last year, however, the company says that by the end of this May all of its pilots will be able to make the switch to iPad.

Patrick O’Keeffe, American Airlines’ VP of Airline Operations Technology, revealed that carrying and moving the 40 pound bags was the most common cause of injury amongst the company’s pilots. He also revealed that the company will save over $1 million in gas costs as well as in paper costs by no longer having to print revisions. The information on the iPad can be easily updated for free.

American Airlines also distributes Galaxy Note tablets to each and every one of its employees, as all 16,000 employees worldwide currently have the Samsung tablet. The Galaxy Note is used by flight attendants to help manage things such as food service, seating, gate information etc…

As long as the pilots don’t get sidetracked playing Temple Run, this sounds like a great improvement for the company.