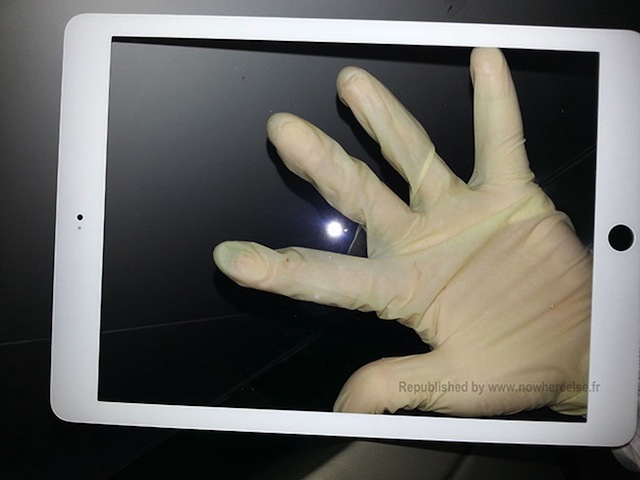 The rumor mill is starting up again with new product releases just on the horizon, and now we have what is sure to be the first of many alleged photos of upcoming Apple products. The first is a photo of the top cover glass of the fifth-generation iPad, complete with thinner side bezels à la iPad mini.

The photos popped up online early this morning on the French blog Nowhereelse.fr. If this is indeed the cover glass of the next-generation iPad, it looks like Apple might have made a few minor changes to the design, including thinner bezels on the side and some tweaked proportions. It also looks to be a lot similar in design to the iPad mini.

The photos of these parts definitely line up with previous rumors of what the fifth-generation iPad is expected to look like, but it’s still entirely possible that this is just a knockoff and someone is having a good laugh that we’re examining it so closely. It’s still not really clear when we can expect Apple to announce its new products, with a new iPhone also expected in the coming months.

Recent rumors have been pointing to July-August for production to begin on the fifth-generation iPad.