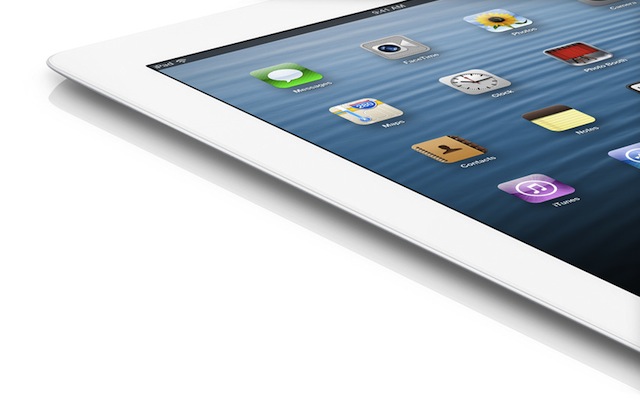 Apple’s newest addition to the iPad family, the monstrous 128GB iPad model, has now made its way to Apple’s online store.

All versions of the 128GB iPad will also be sold at Apple’s retail store, as well as select Apple Authorized Resellers.

Apple first announced the new iPad a week ago, which doubles the size of the previous maximum capacity of 64GB. Apple suggested the bigger storage would be especially appealing to enterprise users, educators, and artists. Apple also noted that almost all Fortune 500 and more than 85% of the Global 500 are currently deploying or testing the iPad.

Other than the increased storage, the 128GB iPad is pretty much the same as the fourth-generation iPad. It has a Retina display, includes the Apple-designed A6X processor, a 9.7-inch screen and forward facing FaceTime HD camera.