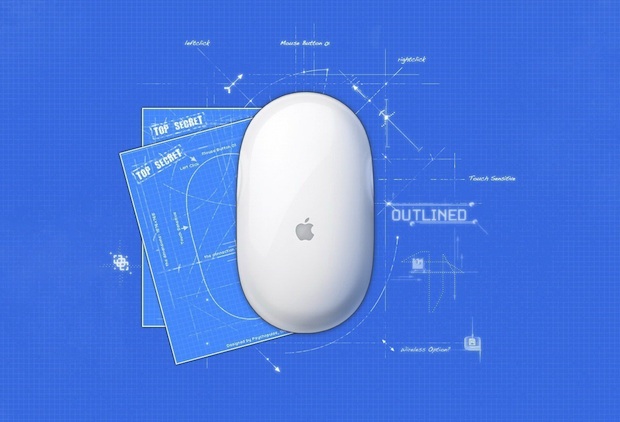 On October 23, 2012, the world was a kinder and more joyous place. We were months away from the next major release by Psy, Barack Obama was still in danger of being a one-term president, and there had yet to be a music video filmed in space.

On that day, Tim Cook unveiled the iPad Mini, a device that we all hated until we actually tried it, and everything was right in the world.

Yet here we sit, waiting.

One of the downsides of supporting a company with near Kremlin-level security and doublespeak is the fact that during these long stretches there is a tendency to assume absolutely nothing is happening. Whereas Google, Samsung or Microsoft might have a half dozen sneak peeks, product launches and improvised official comments (uhh ya we’re building a smart watch too!) a quarter, we are left to wonder if everyone at Cupertino is just running around trying to figure out how to make a five inch mobile phone.

The proliferation of tech blogs, Twitter and 24-hour business news means that if you’re not saying anything you’re not doing anything.

Of course we all know this is bullshit.

The tech world is littered with the corpses of products and services that were teased, demoed and proof of concept’d. Real in every way except the one that matters in the hands of consumers.

All that said, there is something different about the most reason Apple silence.

Whereas in previous years Apple was so far ahead of the competition in virtually every product area, this year things are aren’t so simple.

The gap between Apple and the competition has narrowed to its smallest degree in the post-iPod era. This is undoubtedly a good thing as competition breeds innovation, but maybe it is also time to revisit Apple’s timing and communication strategy.

When you’re lapping the competition, as was the case until recently, you can afford to make people wait, to be opaque to the point of frustration.

However now, as the wait nears seven months, we are left hoping Congress might force Time Cook to reveal the launch of the next iPhone under oath during his corporate tax hearing.

So what’s the solution?

No one wants to see Apple start putting out heavily edited concept videos of vapourware, but the current pace of announcements is untenable for financial markets and those with thousands of dollars burning holes in our pockets waiting to be thrown at the next shiny aluminum Apple talisman.

One thing that Google seems to have learned lately is that software is king. The recent upgrades to their iOS app suite as well as the Maps changes, Hangouts and their new, ridiculously named streaming music service, show that you can keep things fresh with software far easier than having to release a new incremental hardware improvement every six months.

Where this gets tricky is the fact that Apple makes most of its money on hardware, not software. So unlike a lot of suggestions on the Internet, how do we actually take this one and rationalize it with Apple’s corporate self-interest?

First, having to wait an entire year for major iOS features or upgrades is just not acceptable anymore. With a few exceptions, such as iOS 4.1, the only features added in a 0.1 update have been those generally promised for the 1.0 but that missed their ship date.

From a hardware perspective, I’m largely happy with my iPhone 5. Sure a fingerprint scanner or slightly larger screen might be nice, but the majority of my frustrations can be solved through software.

Perhaps the time has come for Apple to begin rolling out a 0.5 release every six months with a couple of major features and a lot of nagging fixes to keep their devices fresher during the long droughts.

There could even be a charge for downloading the update, a kind of early adopter tax, whereby you might pay $2 to $5 for access to this new software. All the updates would still be available in the next full release for free to those who wanted to wait, but it would provide a way for Apple to essentially fund its feature testing with early adopters.

There really is no reason I should have to wait a full year to get a “delete all” button in Notification Center.

A second possibility would be to decouple Apple’s stock apps, which are getting very long in the tooth, with iOS itself.

If Photos, Calendar, Mail, Weather, etc, were standalone apps they could be updated outside the standard iOS release schedule.

Charging for these stock apps is probably not a good idea as they are a standard part of any mobile operating system. However, providing in-app purchases for feature upgrades or enhanced “pro” versions that iOS could use as system defaults would provide revenue opportunities that could justify splitting their development off from the iOS product.

At the very least, Apple needs to start being more responsive to developers, who have expressed frustration at the impenetrable wall that they come across when trying to submit bugs and frustrations with iOS.

We all want the shiny new gadget, and I’m certain Apple has some great things coming for us, but when I see some of the great work being done with Google Now it reminds me of just how much of the “wow factor” is associated with software and services, not hardware.

As a company that makes the seamless integration of hardware and software a priority, it may be time to start putting a little more emphasis on the part of that equation that can be updated and rolled out far easier than having to ramp up production lines in Shenzhen.

This strategy fits quite well with Apple’s culture of secrecy as software updates are much less likely to be leaked in advance. Whereas nearly every piece of Apple hardware gets splayed out for its blurry cam shots long before it ever struts on the stage, software is still a closed shop.

More timely software updates can keep Apple in the news, continue to show progress and keep its fans at bay.

In the meantime my Apple mad money sits in a savings account, waiting, earning a measly 0.05 percent as I count down the days to WWDC.