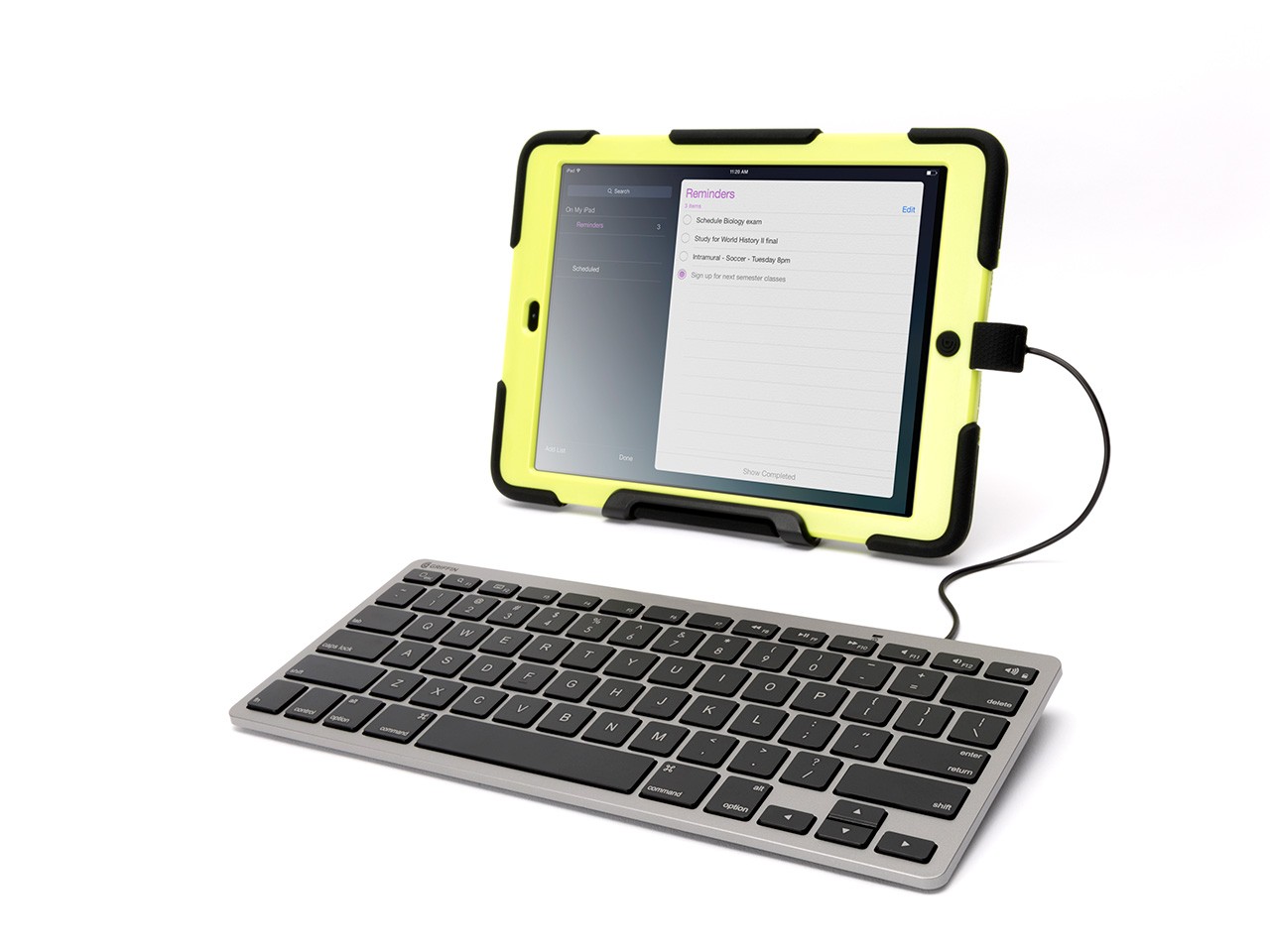 Recently, Griffin announced a new iPad keyboard. This isn’t just any iPad keyboard we’re talking about either, this is—wait for it— a wired keyboard. Which, though it may sound a bit stupid, especially with so many wireless iPad keyboards available, is actually pretty smart. Why, you may ask? Simple: travel and education. On the travel side of things, Griffin’s keyboard can be used at anytime during the flight, even with Airplane mode enabled, making for a super-productive flight.

From an education standpoint, the Griffin’s new keyboard is an absolutely genius idea. This is because, when you have a classroom full of fourth-graders with iPads, the last thing you want is a bunch of these little humans complaining about how their Bluetooth keyboard won’t connect, making you an IT admin for 25 of these children.

It’s also worth noting that, since the keyboard is tethered to your iPad and leaches off of its power, you don’t need to worry about replacing or charging batteries like you would with a wireless iPad keyboard. Again, in the education market, this is invaluable.