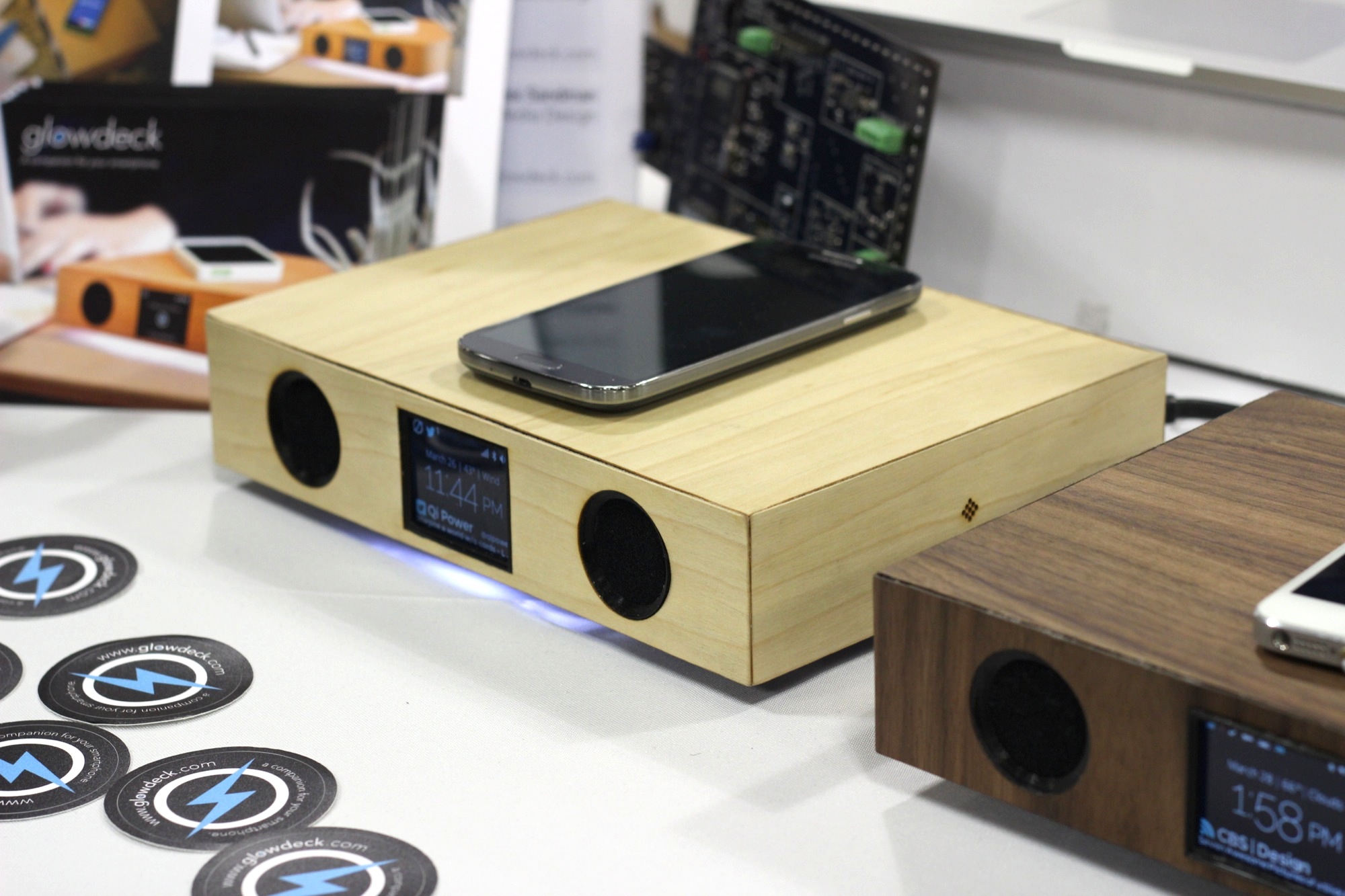 The GlowDeck, a current Kickstarter project, is the most futuristic alarm clock I’ve ever seen. This clock connects to your iPhone or Android phone via Bluetooth and shows notifications, social networking updates, and other “Streams” of information on its built-in color display.

Additionally, the GlowDeck has a 56 multi-color LED array on its underside that you can program via the GlowDeck app for iPhone and Android. You can make the GlowDeck’s LEDs change colors when the alarm clock receives notifications, adjust the color on-demand for mood lighting, or even turn it into a light show alongside your music. The GlowDeck also has an SDK available to developers who want to write apps that play nice with it. Additionally, interested developers can purchase a standalone GlowDeck motherboard for development and hacking. The technology that powers the GlowDeck is open-source, and is compatible with the popular Arduino microcontroller. As far as the GlowDeck’s design goes, the alarm clock is absolutely stunning: Its minimalistic, modern, and sleek wooden case looks like it would go well in just about any room. Please do note that the included photos are of handmade prototypes of the GlowDeck, not the final product.

Finally, the GlowDeck has a built-in set of stereo speakers that can be streamed to via Bluetooth for high-quality, wireless audio and alarms.

If you’d like to preorder a GlowDeck for yourself, pledge $250 on its Kickstarter page. The beta version of the device is set to ship to backer this August.