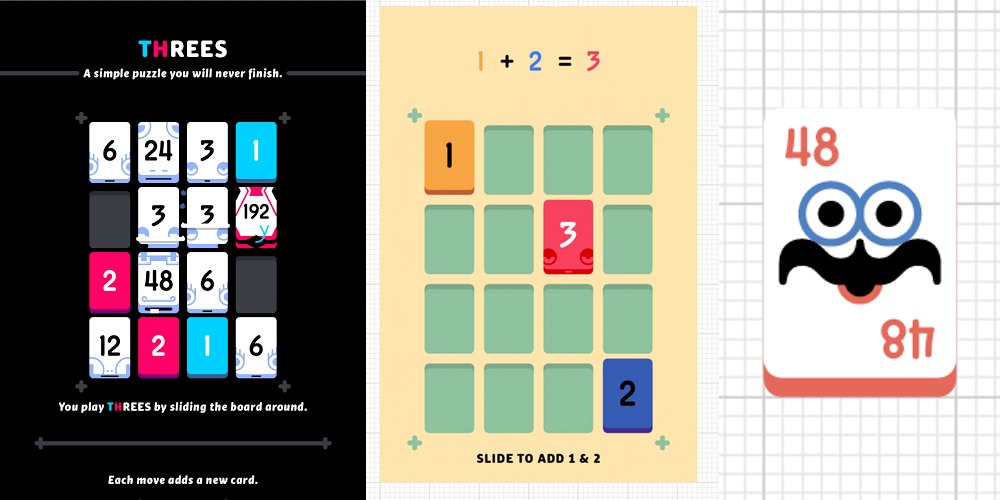 By now, you have all likely spent some time with Threes. If you’re cheap, you’ve probably checked out one of its clones, because there’s a lot of them. The Threes team, however, are pretty annoyed by the blatant ripoffs.

Taking to their blog, the team decided to show off their work log, and highlight just how much work went into making the game the success that it would later become. It may have taken them 423 days to build the game, but the amount of time that went into insuring that the game was a success is quite substantial. Not detail was left unturned.

The team politely points out that cloners are assholes. They never call them assholes, but, man, it’s pretty obvious that they’re big, giant, assholes:

Hopefully this post points to what we’re getting at when we say that making these tiny games is littered with hard and painful times that are full of uncertainty and self-doubt. You never know if something is really going to work. It’s not easy. But cloning or ripping off a design in a week, that’s a bit different isn’t it?

I started reading the post for the comments on cloning from the Threes team, but honestly their post is more a letter of love about the game they created. It’s inspiring to know that developers go to such painstaking lengths to ensure that they build something people will enjoy. It’s a giant kick in the nads to know just how quickly people can rip off a game and get it into the app store or online. What the hell is wrong with people.