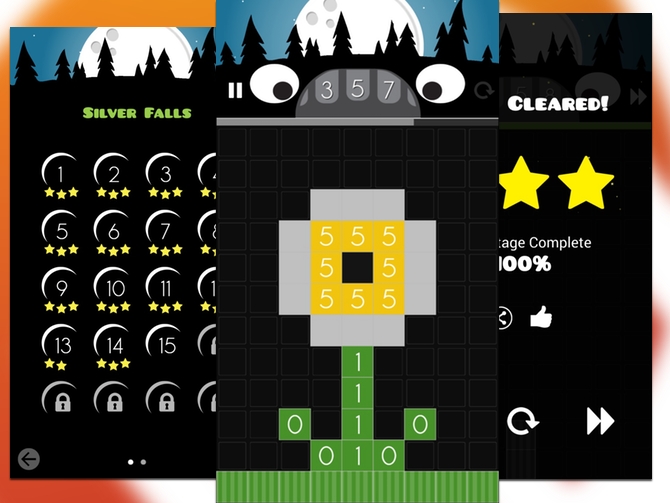 The Unknown Number is a math puzzle game. I’m sure more than half of you clicked onto the next article. You shouldn’t— because the game only involves simple math, and isn’t rote problem solving. Each level is a series of blocks with numbers on them. You have to combine them in a way that the previous numbers equal the final number. There’s also multipliers you can use with the final number to get the final answer. So if the first few blocks are 1, 1, 1, and the final is 3. You can complete that. You can also have 6, 2, and 4 with a multipler of 2 to clear the sets. The game later adds single tiles that are negative or multiples to add a bit more variety to the levels.

It starts to get tricky when you have to figure out how the blocks fall in some levels. You need to clear all the numbers on a level to get three stars, though you can take a lower score. I wish that the rules were a tad bit clearer on how the blocks fall. Other than that, this is a fun game. I like the idea of a puzzle game that forces you to think through a single solution.

What Sucks?: Rules aren’t clear on how blocks fall, causes some levels to feel like trial and error.

Buy It?: If you’re a fan of more advanced takes on puzzle games, check out The Unknown Number. Grab it on the App Store for $2.99.