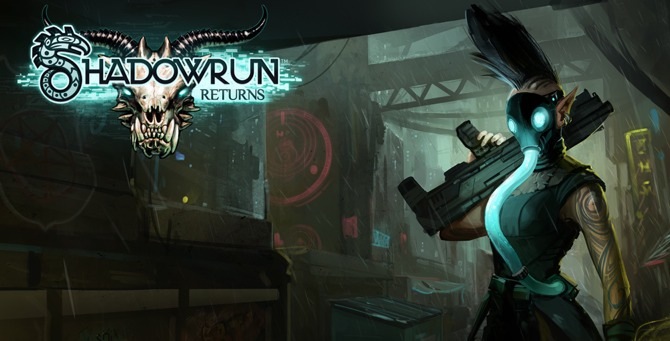 If you’re a nerd of a certain vintage, Shadowrun should both excite and frighten you. It was a classic tabletop and video game RPG, but it was also relaunched as a terrible shooter as a quick cash in. Thankfully, Shadowrun Returns is actually a channeling of the classic.

There’s guns, magic, drones, hackers, and everything along the way is covered in glowing neon. If you aren’t familiar with the old games, think Neuromancer and Game of Thrones stopping off for a drink together. The gameplay is a fairly straightforward SRPG, but there are a lot of stats to manage, and a lot of different options for character creation.

That customization can either ensure that you have a very unique play through, or that you have a lot of options to come back to after you’ve played through the game. The game has various stages, but only saves your progress between them, so watch out for that.

Harebrained Schemes warns right away against multitasking, as this might cause your game to crash. There’s a lot of reviews complaining about crashes on the iPad mini and the iPad 2, so you may want to be cautions if you own those devices. (For this review the game was played on a 30-pin era Retina iPad, and there weren’t any issues with crashing.)

What Sucks: Stat management could be a bit daunting to new players, long period between saves may make it hard to have this as your “on the go game.”

Buy it?: If you’re a fan of complex SRPGs or nostalgic for the franchise, grab this for $9.99 on the App Store.