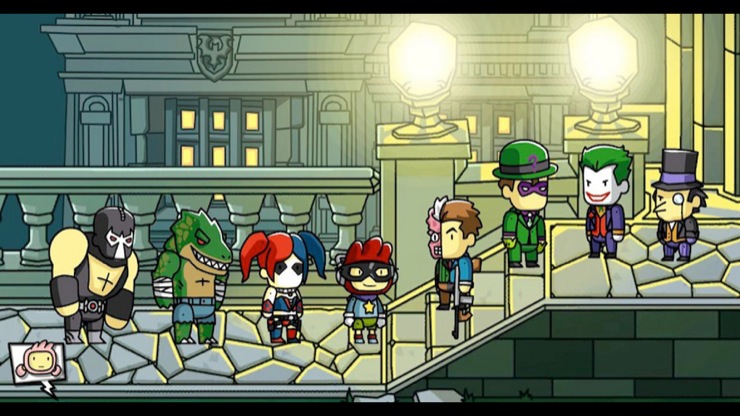 Scribblenauts, the game that lets you do what you want, with whatever you want, when you want, will be getting a superhero, DC Comics update at the end of September. The puzzle game will be adding characters and elements from the DC Universe (hello, BATMAN!), thousands upon thousands of them in a new Unmasked update.

[Scribblenauts Unmasked] features a story where players embark as protagonist Maxwell on an imaginative and comical quest, taking them through Gotham City, Metropolis, Atlantis and other iconic locales from the DC Comics universe. Fueled by the player’s imagination, Maxwell must use his magic notebook to put a stop to the villains’ evil schemes and save the day! Scribblenauts Unmasked

What we’re not 100% sure if this game will be making its way to iOS. As it stands, 5th Cell, the developers behind the franchise, have only mentioned the the Wii U, Nintendo 3DS, and PC platforms. We’d be surprised if iOS was on the outside looking in for this kind of release. We have an email in, and if we hear back we’ll let you know.