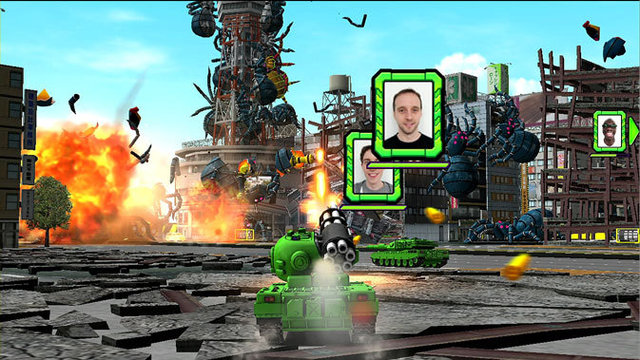 Nintendo and Namco are choosing to break down barriers this week as they bring the first free-to-play game to the Wii U with TANK! TANK! TANK!

TANK! TANK! TANK! is a game that was originally released alongside the Wii U’s launch back in November, and it’s now choosing to change tactics when it comes to making money. The $49.99 disc based game is seeing a drastic change in format as it moves to a free-to-play eShop game. The free-to-play format will allow for players to play three times a day before they’re forced to start paying. Players will then be able to buy three packs that include full replayable game modes for €1.99 /£1.59 each. These, however, are early bird prices that will quickly go up to €9.99/£7.99 after February 28th.

The new free-to-play version is currently only scheduled for a Europe release, so North American Wii U owners might have to wait and hope for good sales of the European version if they want to see their own free version. Japanese gamers, on the other hand, had the game launch as a free-to-play title from day one.

Nintendo hasn’t been the most active company when it comes to adapting to new business models. The Japanese company is only just beginning to support DLC, which for the past few years has been a massive moneymaker for Sony and Microsoft. Because of this, it will be interesting to see if Nintendo and its developers will be able to successfully push things like free-to-play games on the Wii U and have them succeed.