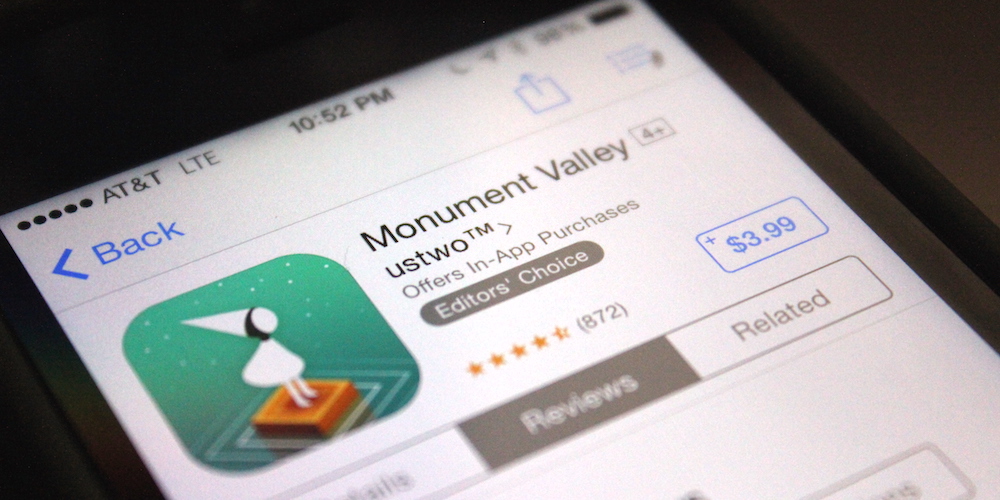 The makers of the critically acclaimed iOS game Monument Valley released the Forgotten Shores expansion pack on Wednesday. The expansion costs all of $1.99, and that seems to be $1.99 too much for a lot of people. According to Touch Arcade, customers took to the App Store en masse to post one-star reviews for the game because its developers, Ustwo, had the nerve to charge a nominal fee to unlock additional levels.

Two whole dollars! How dare the developers try to make a living!

I can’t think of anything that typifies the phrase “first-world problems” more than smartphone owners who pay costly monthly carrier fees bitching and moaning about forking over $1.99 for an expansion pack. It takes time, energy, and money to create quality software, and developers have every right to make money off of their creations.

I get it—money’s tight for a lot of people. I’ve been there. But if you’re throwing a tantrum just because, ugh, how dare they, you need to check your sense of entitlement at the App Store door, and give makers of great software the support they deserve.