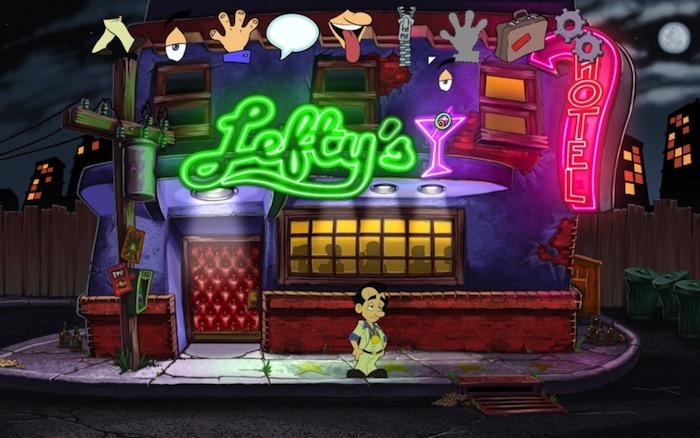 After raising over $650,000 on Kickstarter last year, Leisure Suit Larry: Reloaded has been released on Mac and PC today and will be launching on iOS and Android tomorrow. This game features all new graphics and an original music score by Austin Wintory. However, the game has kept its original plot: will Larry Laffer find true love? The game takes place in Lost Wages and, of course, features tons of risqué jokes. So if you loved the game in the 80s and 90s, you’re sure to love it now as Leisure Suit Larry has been produced by Al Lowe, the original creator of the series, and Replay Games.

-Incredibly lush new high-res graphics! Explore all the seedy sights and sounds of Lost Wages, where fortunes and reputations go to die!
-A brand new musical score by Grammy-nominated and BAFTA Award-winning composer Austin Wintory! Fresh from completing the musical score to Journey, Austin composed -the best music Leisure Suit Larry has ever heard!
-Everything in the game was rebuilt from the ground up, including all hand-painted backgrounds, characters, and state-of-the-art 2D animation!
-Thousands of hilarious new lines, gags, jokes, and dialogues, written by Al’s old Sierra partner, Josh Mandel (aka the voice of King Graham from King’s Quest)!
-New characters, new locations, new puzzles, and a major new love interest for Larry!

If you’d like to order the game now for Mac, PC, or Linux, expect to drop a penny under $20 for the game via the developer’s website. Mobile versions of the game will be available for purchase in their respective marketplaces tomorrow morning.