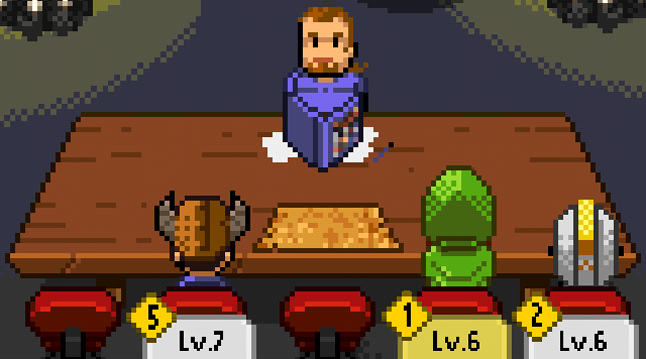 It’s not very often that a newly released, highly rated video game on the App Store ends up going on sale. The 4.5-star  App Store rated Knights of Pen and Paper is currently free. The game, a universal app, is a turn-based RPG that many have spoken very highly of in recent months.

While the relationship to Final Fantasy is obvious, the game also emulates the ideals of the popular tabletop gaming franchise Dungeons and Dragons. Players pick the quest, the bad guys their hero will battle, and then head off on their journey.

Frankly, it’s unlike anything on the App Store currently, and if you’re into RPG games at all, and you’re looking for something new to pick up, we recommend downloading this one while it’s free. Heck, it’s worth the money once it goes back on sale.