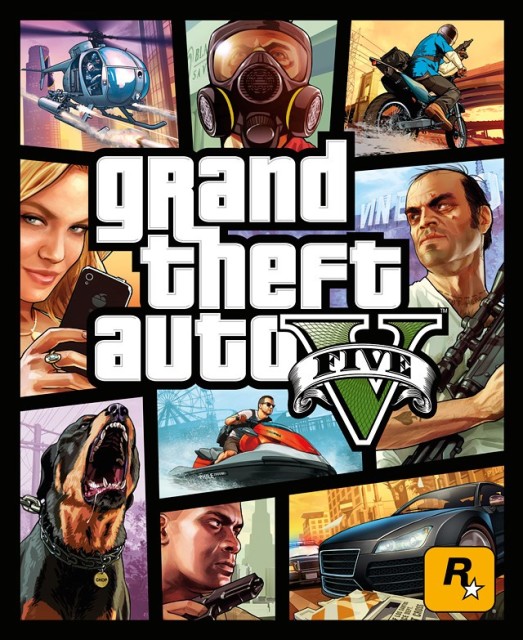 The box art to, arguably, the year’s most anticipated game has been revealed. Rockstar has released an image of the cover for Grand Theft Auto 5, with the cover maintaining the same traditional mosaic look as the rest of the series.

The cover doesn’t tell much; however, it does feature all of the game’s three playable characters. Besides that, we see a vicious pet Rottweiler, a missile-firing helicopter, and a blonde woman holding what is clearly meant to be an iPhone knockoff.

GTA 5 is the first game in the series to feature multiple playable protagonists. While GTA 4 later introduced two other playable characters in post-release DLC, GTA 5 is the first game that is built around the concept of controlling three separate characters at once. Players will constantly hop back and forth between characters and will often see stories become intertwined with those of other protagonists. The characters are: Michael, a former bank robber who’s in his early 40s and who wants to get back into the heist game due to family issues; Trevor, a criminal, a drug addict and a loose cannon; and Franklin, a young hustler looking to make his way to the top. Pieces of GTA 5’s cover art were first seen a couple days ago when a large mural advertising the game started to get put up on a wall in New York City. While the mural is of the game’s box art, it has still yet to be completed, which is why the full box art has yet to be seen until now.

You’ll be able to roam around Los Santos on September 17 when the game’s released on Xbox 360 and PS3.