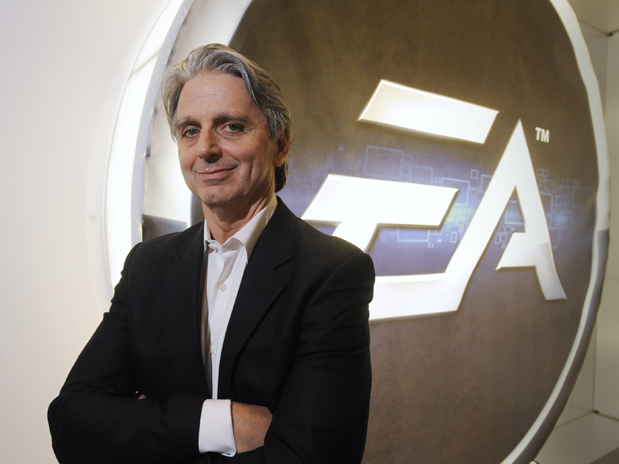 Electronic Arts, one of the largest video game giants in the business, has announced that its CEO of five years, John Riccitiello, will be stepping down. EA did not release why Riccitiello will be departing; however, the company’s press release says that the decision was a mutual one between Riccitiello and his successor, Larry Probst.

Larry Probst, who currently sits as Chairman of the Board, was previously EA’s CEO from 1991 to 2007, before giving up the position to Riccitiello himself. EA mentions Probts’ accomplishments in its press release: “As CEO, Probst successfully grew the Company’s annual revenues from $175 million to approximately $3 billion, led EA into new platforms such as mobile, online and other emerging markets and expanded its international presence to more than 75 countries.” Probst also had some comments for Riccitiello in the press release: “We thank John for his contributions to EA since he was appointed CEO in 2007, especially the passion, dedication and energy he brought to the Company every single day,” said Mr. Probst. “John has worked hard to lead the Company through challenging transitions in our industry, and was instrumental in driving our very significant growth in digital revenues. We appreciate John’s leadership and the many important strategic initiatives he has driven for the Company. We have mutually agreed that this is the right time for a leadership transition.”

Some are speculating that the decision has to do with EA’s incredibly disastrous launch of its recent game SimCity. It could, however, just be convenient timing.

Riccitiello rounded out the press release with a statement of his own: “EA is an outstanding company with creative and talented employees, and it has been an honor to serve as the Company’s CEO. I am proud of what we have accomplished together, and after six years I feel it is the right time for me pass the baton and let new leadership take the Company into its next phase of innovation and growth. I remain very optimistic about EA’s future – there is a world class team driving the Company’s transition to the next generation of game consoles.”

On the bright side, at least he’s no longer at “The Worst Company in America.”