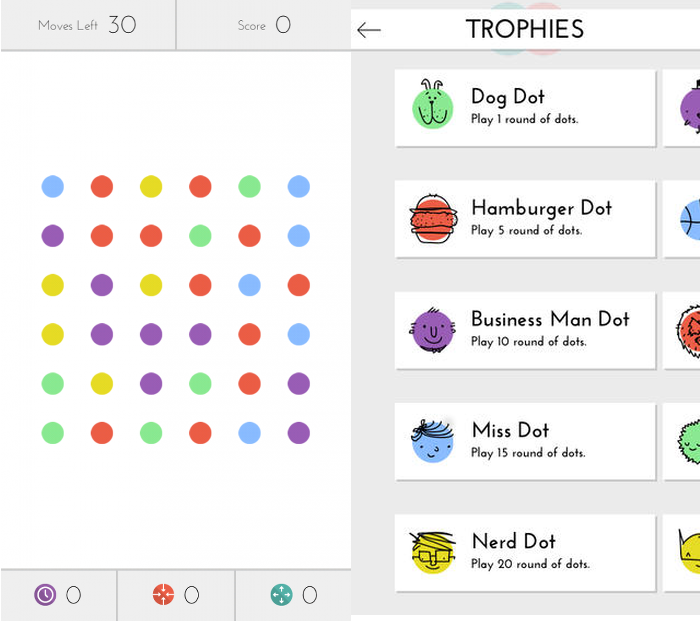 Dots, a popular iOS game from Betaworks, has just received another update. The game now has been given trophies and an entirely new gameplay mode. Trophies are essentially rewards for unlocking achievements like reaching a certain score. These rewards are essentially illustrations that are colorful and based around a dot.

The biggest addition included with this update, however, is a new gameplay mode: Moves-Based Mode. This mode is based on the number of moves that a user can make in a single game. In Dots case, this number of moves is thirty. In these thirty moves, the user must connect as many like-colored dots as possible. This allows players to take their time and have a more relaxed gameplay experience.

Dots was released for iPhone and iPod touch in April and was later released for iPad at the end of May. The game offers a simple concept and a beautiful design. When playing the game, your goal is to connect as many like-colored dots as possible. And while the game may seem very simple at first, it’s extremely addicting in the end and can suck you in for hours. If you don’t already have Dots on your iOS device, you can grab it for free on the App Store.