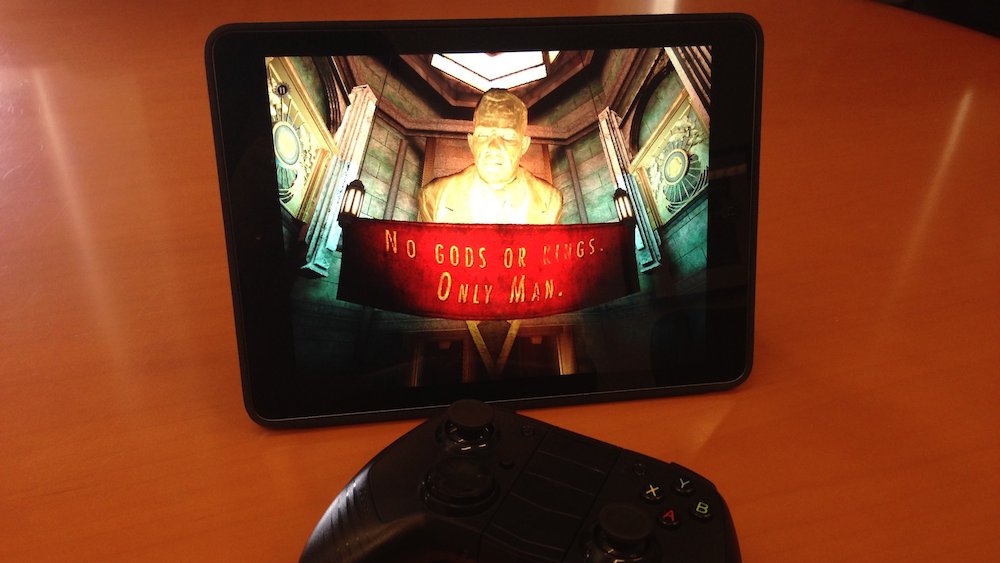 2K Games has announced that it will be bringing its popular BioShock title to iPhone and iPad later this summer. The game, a huge hit on consoles and desktop computers, will be modified to run perfectly on mobile devices, with on-screen controls as well as support for external iOS game controllers. Unfortunately, some of the polished graphic effects will be lost in the transition, specifically the game’s dynamic shadow and fog effects, to make the game run smoothly.

Ben Holschuh of 2K Games has said the following on the iOS port:

BioShock was such a huge game back when it released. With more and more people having iPads and iPhones and using that as their core gaming device, there has been a lot more demand lately for some more core experiences.

BioShock was originally an Xbox 360 and Windows exclusive first-person shooter that takes place during 1960’s in the underwater city of Rapture. In the game, you have to find a way to escape the city while dodging enemies like the iconic Big Daddies. It’s nice seeing console games be rereleased for iOS, especially as iOS devices become more powerful and as more and more people are ditching home consoles for mobile devices. In the past, we’ve seen games like Grand Theft Auto, a PlayStation classic, and Crazy Taxi land for iOS.