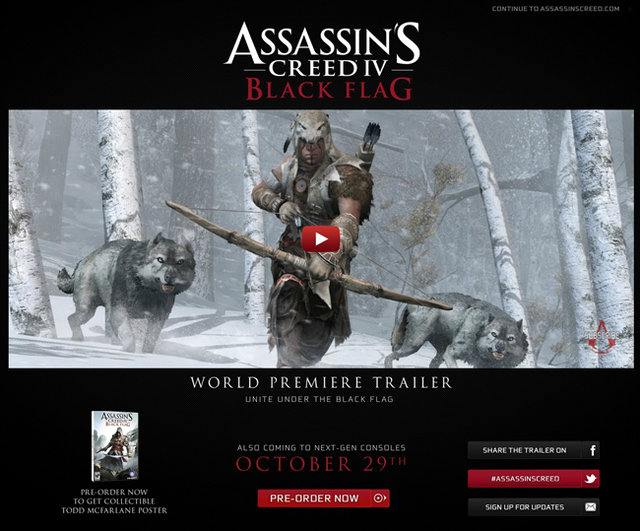 More information has accidentally leaked out on Ubisoft’s recently announced Assassin’s Creed 4 Black Flag. It turns out the game now has an expected release date of October 29, 2013, and Ubisoft also plans to release the title for the Playstation 4 and Microsoft’s next console.

A page on Ubisoft’s website was put up that accidentally included the game’s release date as well as a line of text that said, “Also coming to next-gen consoles.” The page was then quickly edited to remove the text and release date.

Not much more has been said officially about the game except the fact that the game will include “60 minutes of exclusive gameplay for Playstation 3.” (And presumably, the PS4 as well.) Rumors place the game’s setting to be around the 1720s in the golden age of piracy and that the game’s protagonist will be the grandfather of Assassin Creed 3’s protagonist, Connor Kenway.