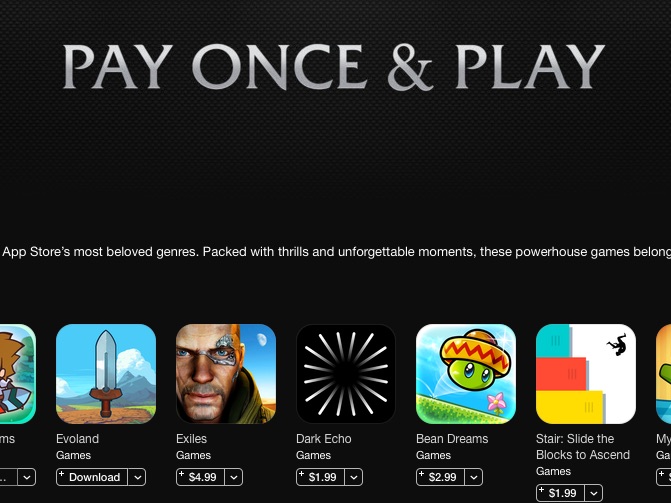 How many times have you downloaded a game and found out that your idea of “free” is so far apart from the developer’s idea of “free” that the distance could be measured in  lightyears? What with the constant begging for a dollar here and there through in-app purchases, you can’t tell the difference between your iPhone and Tyrone Biggums.

It seems like the App Store editors are just as sick of it: Apple just added a new “Pay Once and Play Forever” page to the Store that calls attention to some great titles that forego in-app purchases entirely. It features games from across the genre spectrum, including a few that I’ve reviewed for Macgasm, such as Gunbrick, Threes, XCOM: Enemy Within, and Counterspy.

And that just scratches the surface. If you want to show your support for games without the free-to-play shakedown, pick up a few of these featured titles. The developers will appreciate it, and it will show Apple—and other developers—that there’s still an audience for games you purchase up-front.