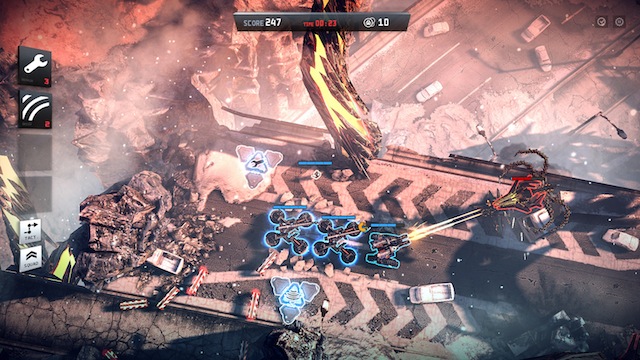 Anomaly 2 has just been released for Mac, Linux and PC users via Steam. Sequel to the iOS hit Anomaly Warzone Earth, the game is currently retailing for $13.49, though the price will rise to $15.00 next week. This deal is available on both Steam and directly from the developer’s store.

Anomaly 2 is a tower defense/offense game in which you defend the human race from extinction from a horde of aliens. While the game may look like a traditional tower defense game, it sure doesn’t feel like one due to its fast-paced nature and action packed world of vehicles, power-ups, and morphing war mechs. Anomaly 2 includes both a single-player campaign and a multiplayer battle mode. When playing multiplayer, you can choose to be either the human race or an evil pack of aliens.

Since its days on iOS, Anomaly 2 now runs on a new and improved graphics engine, making the entire world more beautiful. However, even with the new graphics engine, most Mac users will be able to run the game due to the fact that Anomaly 2 only requires 2GB of RAM, a 2.4GHz Intel dual-core CPU and a 512MB of graphics memory.