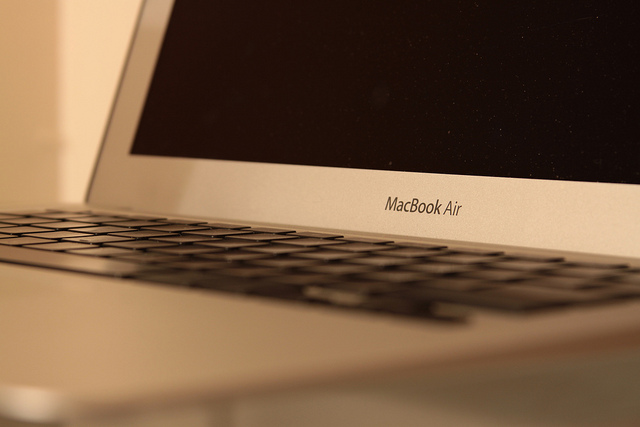 The reputable Ming-Chi Kuo of KGI Securities has said that Apple will be releasing a slimmer 13-inch MacBook Pro with Retina display as well as a dual-microphone MacBook Air for clearer FaceTime and Skype calls. According to Kuo, these laptops will be released at Apple’s WWDC event that is set to take place on June 10th.

Kuo said the following on the new MacBook Pro with Retina display and MacBook Air:

We expect the 13” Retina MacBook Pro will have a slightly slimmer form factor for increasing its portability. Also, we think the camera spec will be upgraded from HD to full HD. This will improve Facetime and video conference quality in the high resolution Retina display.

We forecast that this year’s new MacBook Air model will also have dual built-in microphones as a result of positive feedback on this feature in Retina MacBook Pro, which delivers clear voice quality on Facetime and VoIP service.

As far as the traditional, non-Retina display MacBook Pro goes, Koh believes that they will not be upgraded and will be left on Intel’s Ivy Bridge CPU line. This will make it easier for Apple to discontinue the line and make the MacBook Pro with Retina display the dominant professional-grade laptop in Apple’s line of Macs.

Aside from new products, Koh has predicted that Apple’s MacBook sales will drop by 10-20% during 2013. This is due to the fact that the iPad is cannibalizing Apple’s laptop sales, hence causing a total slow down of the PC market.