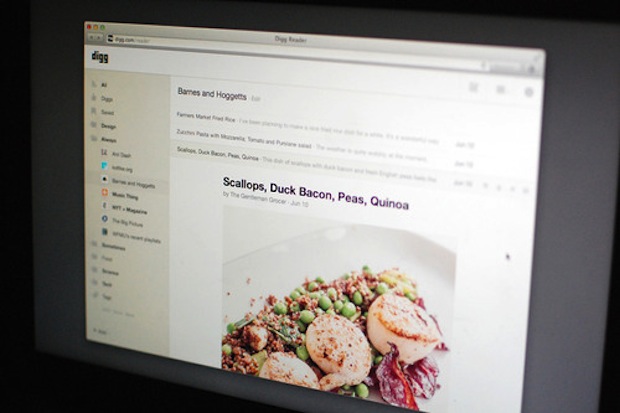 Google Reader’s demise is coming soon, and Digg is stepping up to fill the void. Digg Reader (version 1) will be out by June 26th for the web and iOS and it will focus on power users. Originally said to be coming in the second half of 2013, the announcement of Google Reader closing shop accelerated Digg’s efforts to get Digg Reader on the market.

With their focus on power users, Digg says their alternative will have the following:

There will be other features in the future, but Digg really wanted to get this service out there before Google Reader shuts down. The highlights of the  features coming in the future include an Android app, speed, and improved integration with third party services. Instapaper and Pocket will be supported at launch though.

It will be exciting to see how good Digg Reader turns out. Will it be a clone of Google Reader or will it be unique? We’ll find out next week.