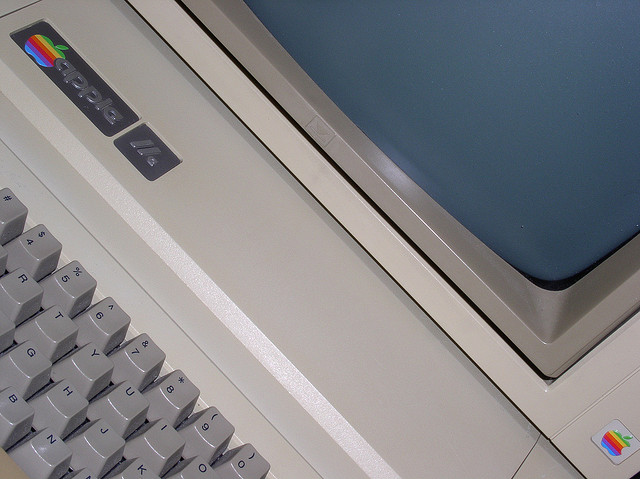 If you have an old Apple //e kicking around, but don’t have a tape drive to load games off of, you may want to try streaming games to it from your iPad. This can be done pretty easily by loading the Apple Game Server Online and connecting the audio output from your iPad into your Apple //e’s audio input. The Apple //e’s audio input is usually used for a tape drive. Once everything is connected, boot up your Apple //e, press CONTROL + RESET and type “LOAD” into the prompt. From your iPad, select a game and start playing its respective audio file. This audio file is computer code being sent and read by the Apple //e.

Apple Game Server Online has a ton of games including classics like Pac-Man and Star Trek. Using this service will save you a ton of time and money when compared to finding used copies of the games online. It can also come in handy if you purchased an Apple //e secondhand and didn’t receive a tape drive.

If you don’t have an Apple //e and would like to play Apple II games, the Apple Game Server Online links to Virtual Apple, a web-based Apple II emulator. After installing the required browser plugin, you can play a whole library of games from Virtual Apple free of charge.