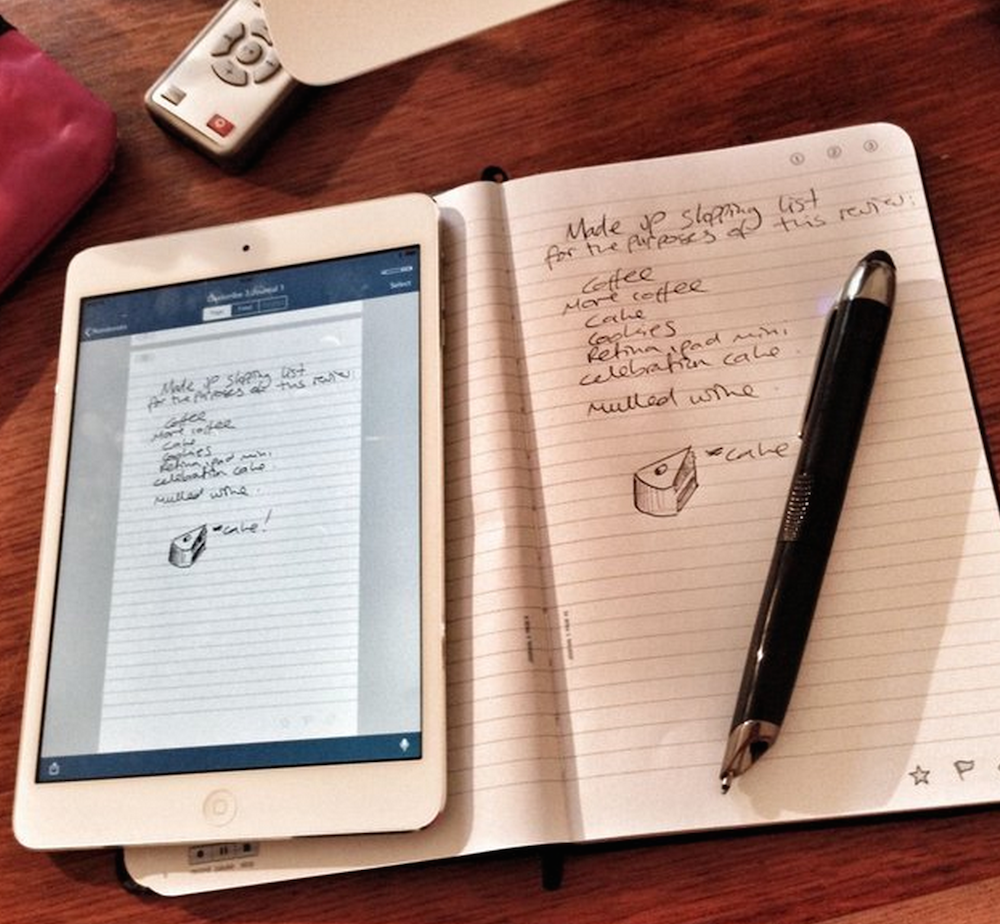 As a student, I often switch between pen-and-paper and my iPad for taking notes in class. When I take notes by hand, though, I ultimately tend to lose my notebooks, spill coffee on them, or just forget about them completely. Apparently this sort of thing isn’t all too uncommon, so Livescribe created the Livescribe 3 smartpen. Like all Livescribe smartpens, the Livescribe 3 allows you to record your notes in real-time and then transfer them to your Mac or PC. But this third member to the smartpen line works with the Livescribe+ app for iPhone and iPad, which lets you transfer your notes (and doodles) instantly via Bluetooth. Another addition to the Livescribe 3 is the iPhone-stylus that covers the pen’s microUSB charging port.

Purchase your Livescribe 3 here for $150.