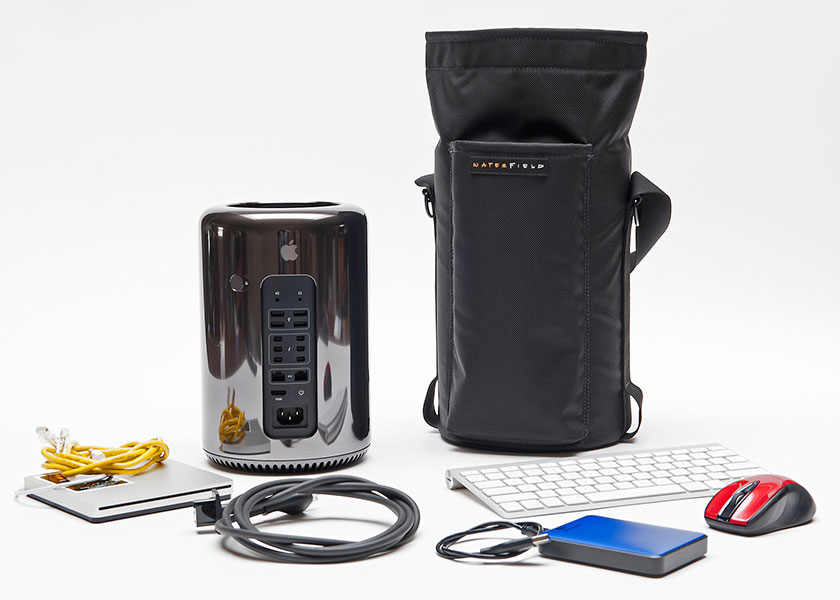 The thing is small enough to lug around, so why not give it a case. The folks at Waterfold Design have put together a carrying case for Apple’s “Little Black Pill” Mac Pro. It’ll set you back $129.00, but it’s a small price to pay for protecting your Mac Pro on the go.

The case has enough space to store all of your cables as well as enough room for an Apple wireless keyboard.

We haven’t played with one, so we can’t speak to the quality, but it looks pretty nice. The reason I’m writing about it was because it just brought a wave of nostalgia over me. The first computer I can remember playing with as a child was the original Macintosh. We didn’t own it.

My father worked for a government agency that rocked the Macintosh as their computer of choice back then. When he had work to do from home, he would pack that Macintosh up in a giant blue carrying case, and lug it home.

When that blue case came through the door, I was plenty excited to plug it in and power it up. I miss that excitement.