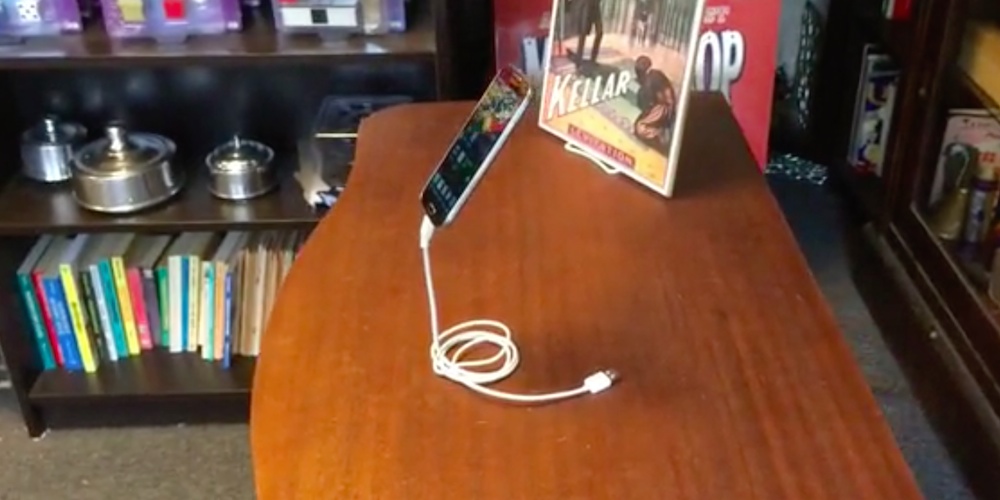 Crowdfunding sites like Kickstarter and Indiegogo are home to scores of ideas for new products, and if we tried to cover all of them, we wouldn’t have enough time to write about anything else. Crowdfunding Friday is our new weekly column where we’ll highlight a handful of projects that are worth your attention. Here’s what we have on tap this week…

Why settle for an ordinary iPhone stand when you can get one that makes your phone look like it’s levitating? The Magic Phone Stand from Martinka and magician John Stessel would do just that. Instead of placing the phone in an ordinary plastic or metal dock, you would stick it on the end of a (presumably stiffened) charging cable, making it look as if your phone is floating several inches above the tabletop. Its makers plan to release the stand in black and white, and in iPhone and Android versions.

The concept of a tool that lets you build apps without knowing how to code isn’t a new one. PencilCase is one such tool in the works for iOS, and if you go back in time, you’ll find HyperCard, a Mac programming utility that was based on similar principles. What makes MAGE notable, though, is that it would allow you to build apps for all three major smartphone platforms—iOS, Android, and Windows Phone—without knowing how to program. According to its creators, MAGE will also compile the app and submit it to the various app stores for you, reducing some of the headache involved.

MAGE won’t be complete until the end of 2014, but if it works as advertised, it should help make app development more accessible to the masses.

iStick: A Flash Drive For iPhones And iPads

Apple’s decision to omit USB ports from the iPad is understandable, but there are times when I’d like to be able to plug a flash drive into an iPad. The iStick from Hyper could make this possible. The iStick is designed with a standard USB plug for use with a laptop or desktop, but slide a toggle on the drive’s shell and out pops a Lightning connector on the other end.

Since iOS lacks native support for general-purpose removable storage (and lacks any sort of file browser), Hyper plans to release a free iOS app that would let you get at the files on your iStick, and copy them over to your iOS device. If all goes as planned, the iStick should be available at the end of August.