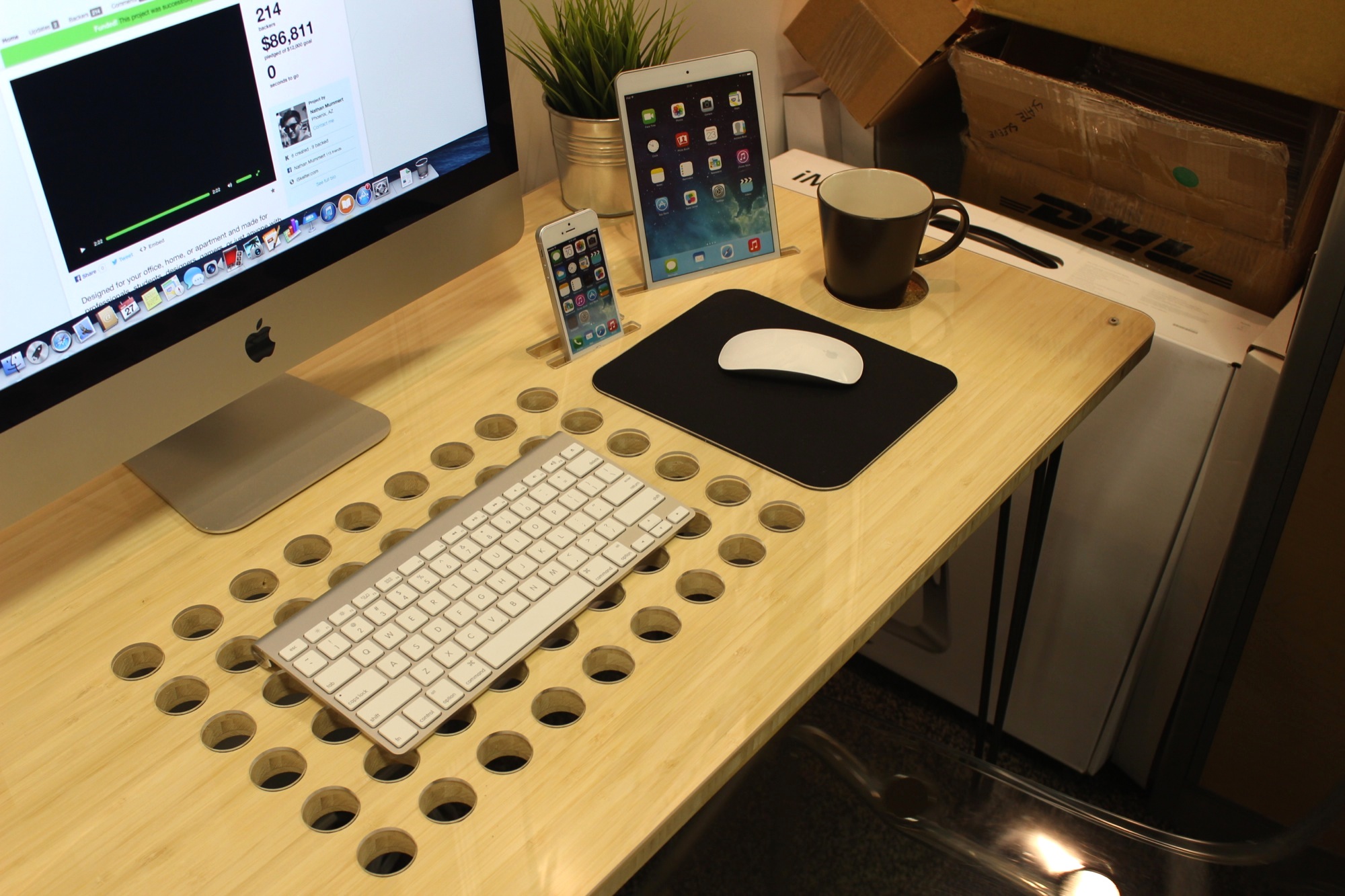 There’s no shortage of desks and stands out there for your tech gear. iSkelter, the maker of the SlatePro Desk, thinks it has some winners in its attractive, all-bamboo product lineup. Currently on Kickstarter, the SlatePro desk is designed with your Apple gear in mind. It has built-in stands for your iPhone and iPad, as well as vents to help keep your MacBook cool while you work (or mine Dogecoins). When sitting at the desk, I found that it kept both the display iPad mini and iPhone at seemingly optimal viewing angles for viewing videos or flicking through tweets. Also, the Slate Pro and Mobile AirDesk both come with built-in a mousepad—a nice addition that power users who prefer traditional mice over trackpads will appreciate. iSkelter doesn’t just do desks, though: The company has a pretty neat lineup of stands, including the iPhone 5 Dock, the Classic Station, and the Beauty Station. The iPhone 5 Dock is very barebones, with a front-facing dock that allows you to view and use your phone with ease. The dock also has a uniquely shaped passthrough for a Lightning adapter, making it great for a nightstand. Finally, if you’re looking for something for the vanity in your bedroom, you’ll fall in love with the Beauty Station. This dock has cutouts for both an iPad and an iPhone, but also has numerous areas to store makeup and other beauty or accessories. According to the company, this makes it easy to view make-up tutorials on YouTube while applying your makeup simultaneously.