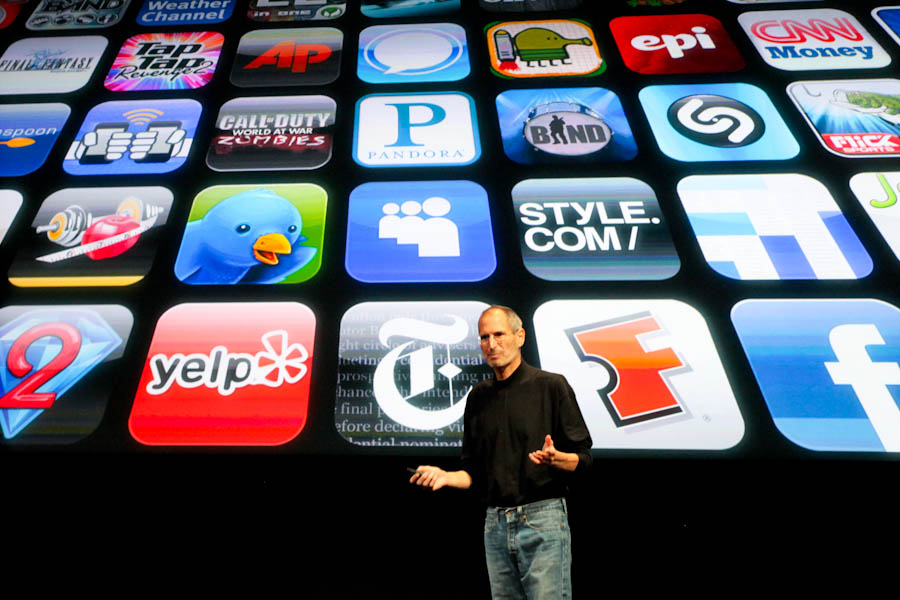 It may just be time. New reports are suggesting that Apple’s App Store is about to outpace its iTunes store revenues for the first time. According to Morgan Stanley’s Katy Huberty, by the time the fourth quarter of 2014 rolls around, Apple’s App Store could be earning the company more cash than the iTunes Store.

There’s two things worth noting in this news. First, how many people turn to Netflix for movies or Spotify for their music needs? That’s a lot of lost revenue for Apple. It’s music nerds and movie buffs that drive those streaming services, and there’s no doubt they likely make the lion’s share of purchases in the iTunes store. If the trends continue, there’s a high likelihood that Apple’s losing revenue to those services.

That leads me to the next thought. Apple better have a real streaming service up its sleeves. Maybe we see it at WWDC, and maybe we don’t, but there’s no denying that people want to pay once a month for a catalog of media, and not on a piecemeal basis. iTunes Radio, and iTunes Match isn’t going to cut it in today’s landscape, especially if you consider who makes up the market for music and film purchases on the iTunes Store. iTunes Radio can be a fun music discovery tool, but that’s just a small slice of the action. It’s a part of the whole. If Apple can marry iTunes Radio to a full-fledged streaming service, they may have themselves a winner, considering the size of their media library.

That is, if they  don’t go all Ping with the service. If that’s the case, the company is screwed. Thankfully, Apple has the tech from the Lala purchase, as well as , if the rumours are to be believed, the Beats music service. There’s also a well built foundation with iTunes Match already. The tools are there, and hopefully they can make the magic happen this time around. More importantly, hopefully it lands in Canada on launch day and not two years later.