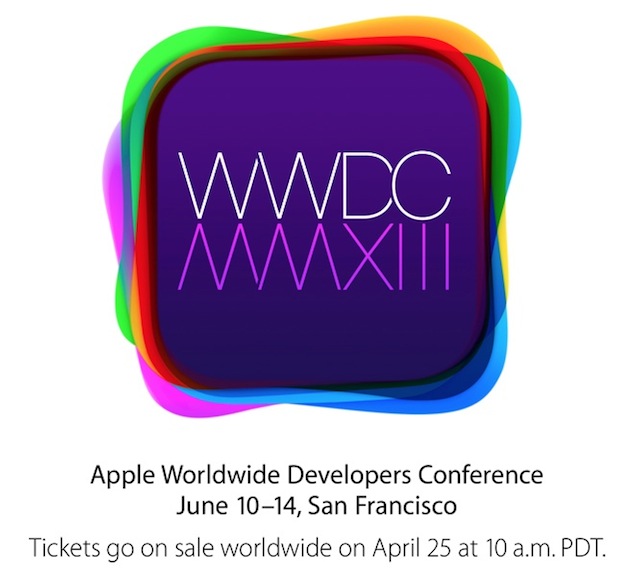 Apple just released the official announcement for the 2013 Worldwide Developers Conference. The event will take place on June 10-14, with tickets going on sale on April 25 at the Moscone Center in San Francisco.

Tickets will go on sale at 10 AM PT (1 PM ET) on Thursday April 25, which is tomorrow. Tickets usually sell out pretty fast so don’t dawdle if you’re wanting to get your hands on a ticket or two. Last year they sold out in only two hours.

“We look forward to gathering at WWDC 2013 with the incredible community of iOS and OS X developers,” said Apple’s senior vice president of Worldwide Marketing. “Our developers have had the most prolific and profitable year ever, and we’re excited to show them the latest advances in software technologies and developer tools to help them create innovative new apps. We can’t wait to get new versions of iOS and OS X into their hands at WWDC.”

Like we said, better get clearance from your boss before tomorrow, because these things will be going quick.